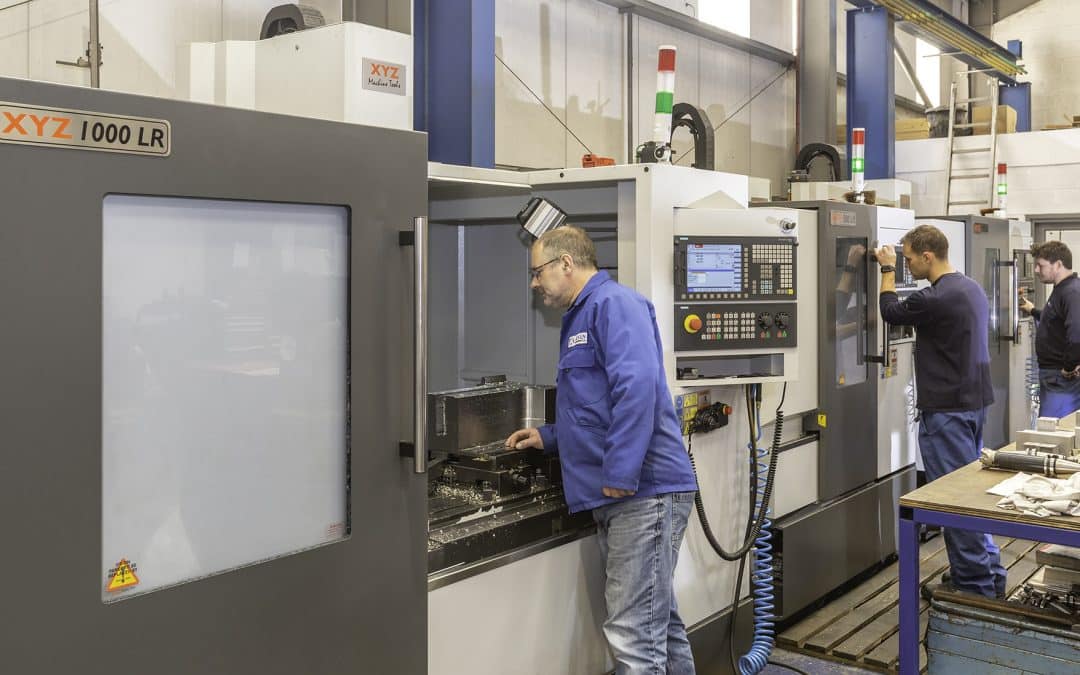 Alken Engineering is a long-term user of XYZ Machine Tools’ ProtoTRAK mills, being an ‘early adopter, when the ProtoTRAK control was introduced to the UK in 1993. It now has 10 XYZ ProtoTRAK mills and three XYZ ProTURN lathes on its capacity list, but for many years resisted purchasing any XYZ ‘full CNC’ machines… until now.

Alken Engineering, part of the four-company Alken Holdings Group, is a specialist machining and fabrication company that counts many blue-chip companies, such as Bentley Motors and Volvo, as customers, as well as working in the aerospace, power generation and general sub-contract sectors. While the majority of its work involves machining of steel and more exotic materials, it also gets involved in components manufactured from aluminium and nylon and this work led to the purchase of its first XYZ LR (linear rail) machining centre. “Even though the ProtoTRAK mills and lathes had provided flawless service I hadn’t considered XYZ machining centres, as I didn’t believe they could compete quality-wise, but when I had a demo of the new LR machines and the Siemens Shopmill control my eyes were opened,” says Paul Coverley, Managing Director, Alken Engineering.  “In addition to the capability of the machines, the Shopmill control certainly also appealed to me as we get involved in machining from one-off to batch production and the Siemens control is perfect for that. And, while I still needed to be persuaded about the full potential of the XYZ LR machines for heavier machining work, that would soon change.”

That persuasion came about when the Alken Group won a contract to machine a series of connector blocks that would be used in the construction of the bridge linking the mainland to Tintagel Castle, the fabled birthplace of King Arthur. These connectors are machined from solid blocks of Duplex stainless steel, with the finished parts measuring up to 460 mm by 237 mm by 237 mm, with slots that are 135 mm deep in places. The work came to Alken after ten other sub-contractors had withdrawn from the contract due to the difficulty in machining these parts, as a result Alken was faced with a tight deadline, as well as a capacity issue. “We knew that any delay would put the bridge project back, which was unacceptable to the main contractor, American Bridge, and its customer, English Heritage. However, our initial concern was that the parts could have been described as un-machineable. Following discussions with our customer, Underhill Engineering, changes were made to the design. Once those issues were overcome, we were then faced with machining Duplex, particularly those slots.”

Initially, machining was carried out by two other companies within the Alken Group on what Paul Coverley describes as ‘high-end’ machining centres. “These companies had what I thought was the experience and equipment to handle this work, but we found ourselves falling behind schedule as the machines struggled with the volume and complexity of the parts, so we had to bring work in to Alken Engineering. The only capacity we had available was on our XYZ LR 500, 750 and 1000 machining centres.” At this point there was still doubt in our mind that the XYZ LR VMC machines had the capability to handle materials such as Duplex, even though XYZ were telling us otherwise.” With each of these connector blocks requiring between 70 and 80 hours of machining there was a lot at stake and Alken, along with assistance from XYZ Machine Tools and tooling supplier Ceratizit UK & Ireland began to test the boundaries of what the LR machines were capable of. 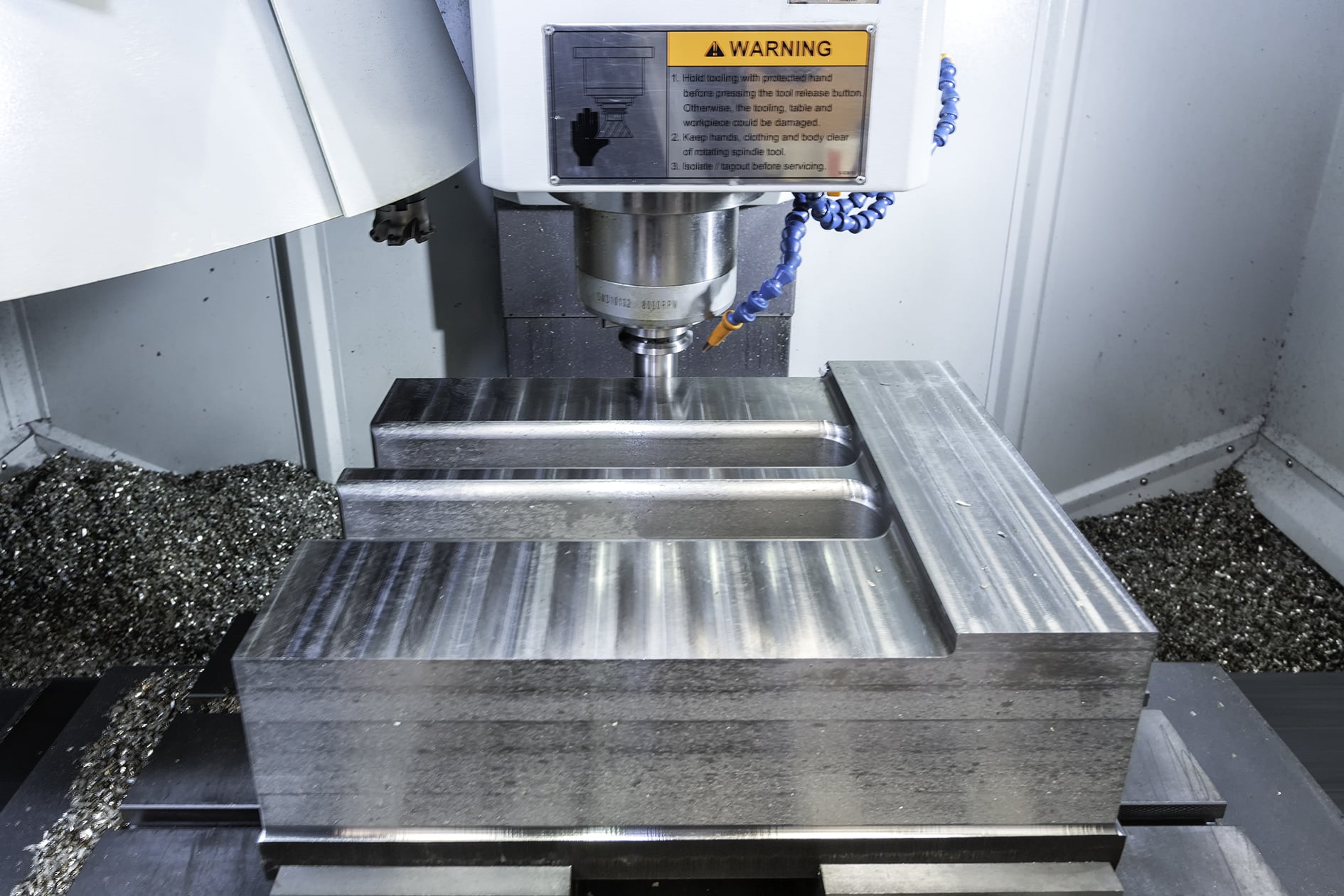 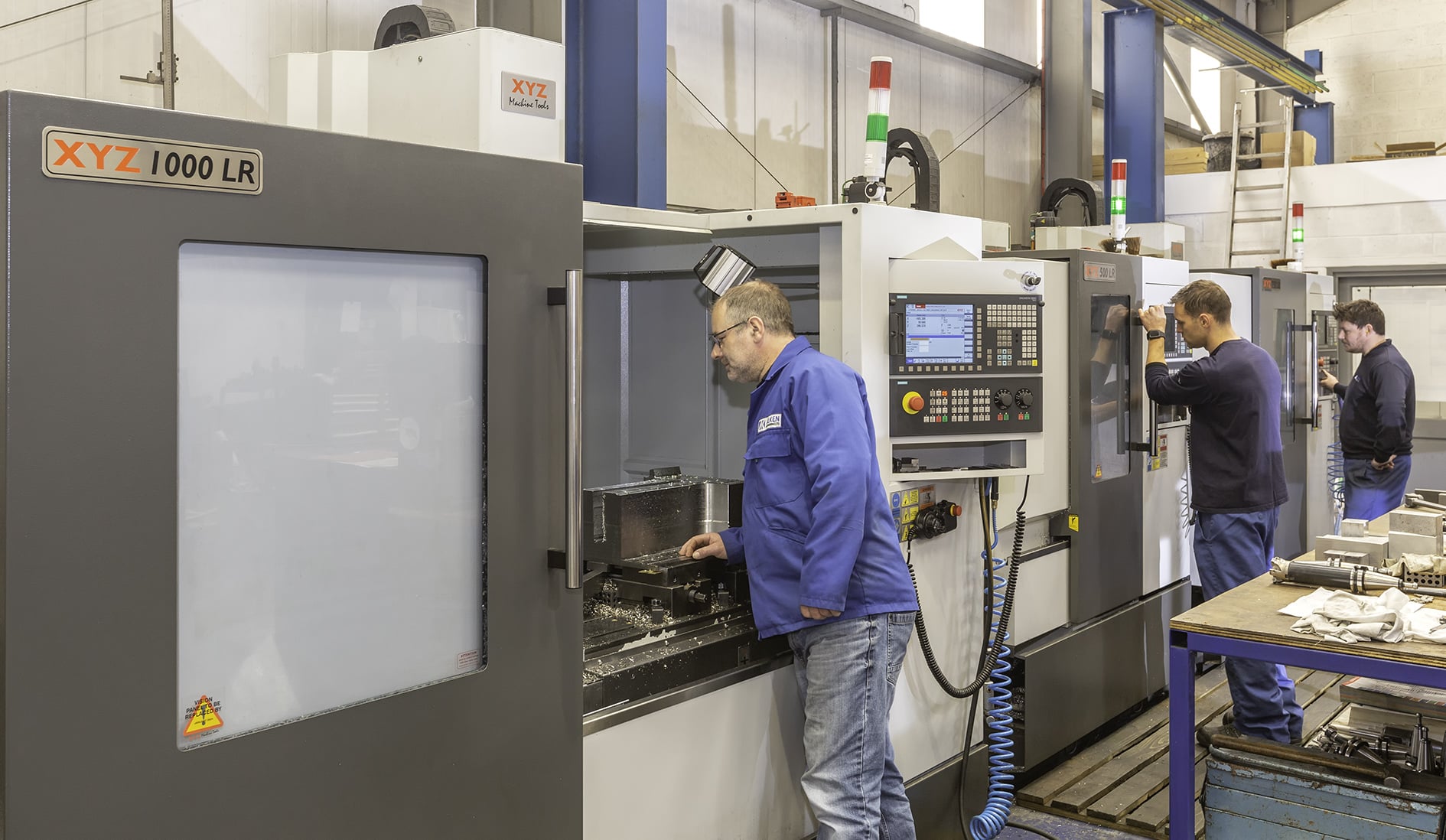 To machine the slots the tooling used involved an overhang of 4x diameter using an indexable insert cutter with 12 mm Dragonskin-coated button inserts running at 140m/min with .3mm/rev a tooth on the feed. Considering the material being cut both the machines and tooling produced the quality and finish required. “Once we got our collective heads around the machining of Duplex we haven’t looked back and the XYZ LR machining centres are producing these parts better, and quicker than those high-end machines we started with. As a result, we have got the project back on schedule and any doubts that I had about the capability of XYZ Machine Tools machining centres have disappeared. I have nothing but praise for the capability of these machines and the Siemens control.”

The XYZ Machine Tools LR range was introduced in 2017 and was the first full series of machining centres equipped with linear rail technology. XYZ had held off developing a linear rail machine as it did not believe that early systems were robust enough to meet its stringent quality standards. Recent significant developments in linear rail technology has seen these concerns eliminated and, as the example at Alken proves, these are highly capable machines with the ability to remove volume of material, even difficult to machine materials such as Duplex stainless steel. There are three machines in the LR range, these being the XYZ 500 LR, XYZ 750 LR and XYZ 1000 LR, with the number equating to the X-axis travel. All machines feature an 8000 revs/min 18 hp (13kW) spindle; 20m/min traverse rates and a 12 position carousel-type toolchanger on the smallest machine, with a 20 position carousel (24 position arm-type optional) on the two larger variants. Also included in the XYZ Range are the heavier duty, more powerful, HD VMC’s. The XYZ 660 HD, XYZ 800HD and the XYZ 1100 HD have boxway slides and are available with a Siemens or Heidenhain control.