Strutt ‘sees the light’ in switch from manual to CNC 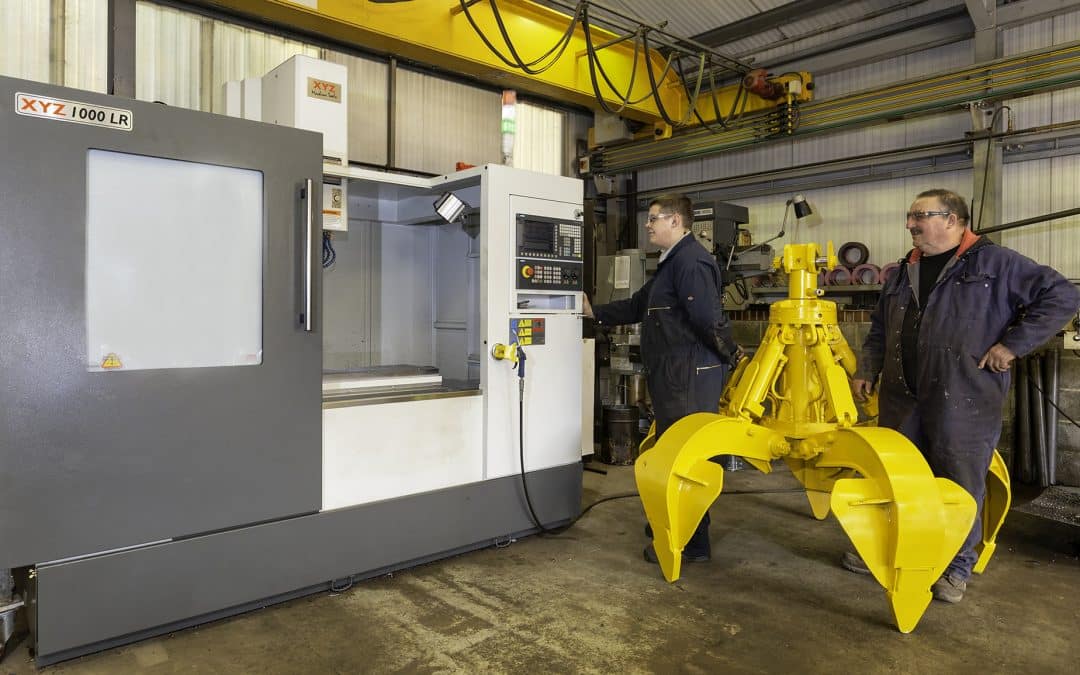 For over 40 years Strutt Engineering, a family-owned business in the heart of the Peak District, has carved out a niche for itself in the manufacture of hydraulic grabs used in the handling of scrap, quarrying, waste recycling and excavation sectors. Its business is built around a standard product range and also the flexibility to design and manufacture one-off grabs to suit a customer’s specific requirements.

The Strutt Grabs are manufactured using a mix of fabricated and machined parts, with machining usually undertaken in batch sizes of 25-30 off on a selection of manual machines or, put out to sub-contract. All of that started to change with the arrival of its first CNC machine, an XYZ SLX 425 ProTURN lathe. “We are not in a position to machine for stock, so batch sizes are limited, but repeat quite frequently, so the switch from manual machining to the ProtoTRAK control has proved ideal. It has proved to be a highly cost-effective machine for the type of work we do,” says George Strutt, Managing Director.  That work ranges from light turning, through cutting coarse threads such a 1.5” UNC without any issues to machining large billets at 180 mm diameter and 700 mm long. 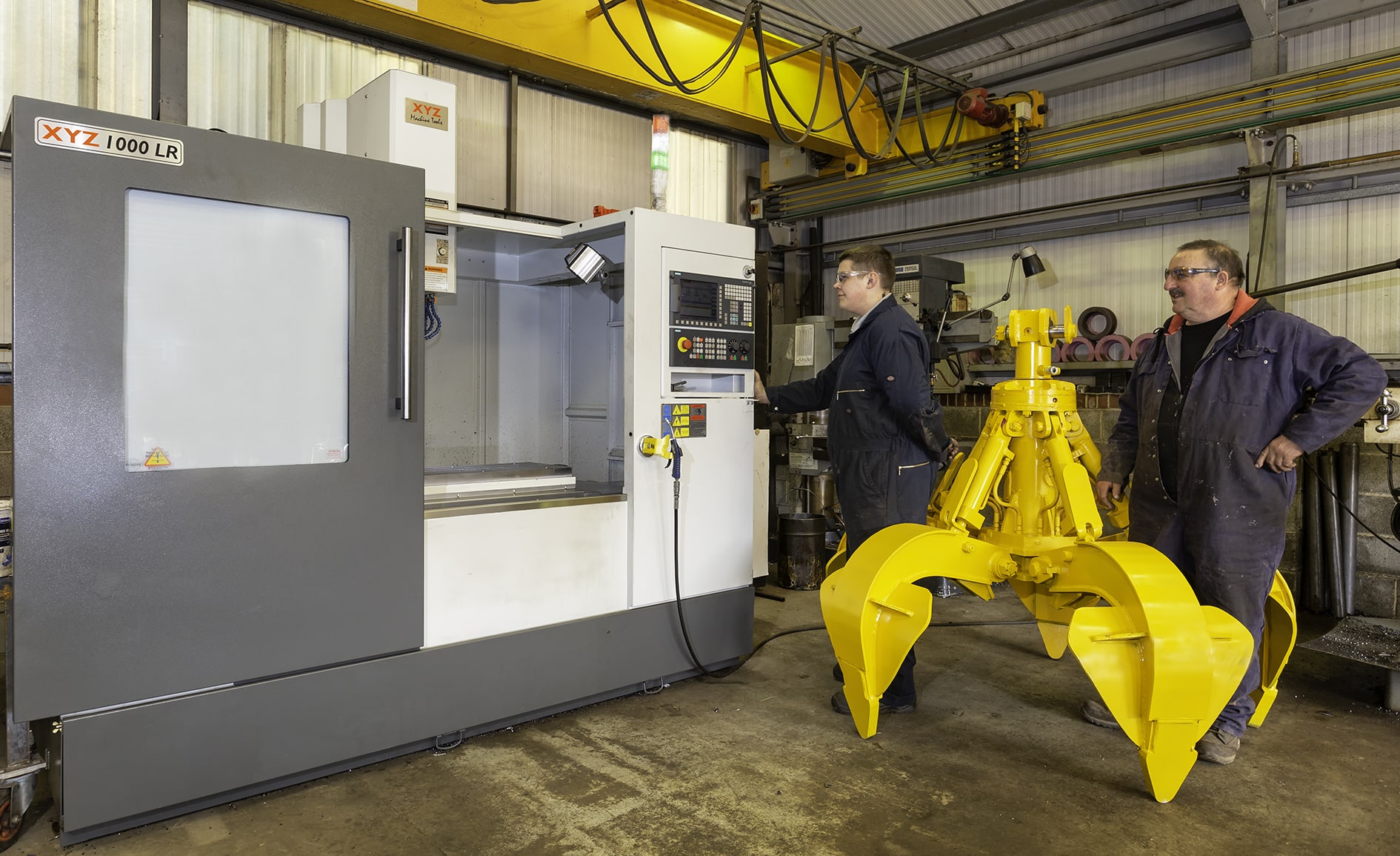 The XYZ SLX 425 ProTURN lathe has an impressive specification for a relatively compact machine, available with either a 1.25 m or 2 m between centre distance, and 480 mm swing over the bed enables a wide range of parts to be machined. Efficiency is driven by the 7.5 kW 25 – 2500 revs/min (over three ranges) spindle, Strutt Engineering also selected the optional automatic four position (eight position also available) toolpost. “The SLX 425 is a lathe that gives us everything we want. Whether we are machining small parts or large, heavy, billets, put simply, it’s brilliant.”

The next step on this conversion saw the arrival of an XYZ 1000 LR vertical machining centre. This proved to be a revelation as previously, the parts now produced on this machine would have been machined on a variety of machines using numerous jigs and fixtures. Now, once the first batch has been programmed Strutt is able to produce part after part without any problems, with efficiency improved considerably. The XYZ 1000 LR is part of the linear rail series of machines from XYZ Machine Tools and provides the ideal stepping stone for those looking to make the first move into CNC machining centre use. Equipped with the Siemens 828D ShopMill control and axis travels of 1000 mm by 500 mm by 500 mm (xyz), 20 m/min cutting feed rates and a powerful 13 kW 8000 revs/min spindle, it is a highly capable machine offering excellent price/performance benefits. 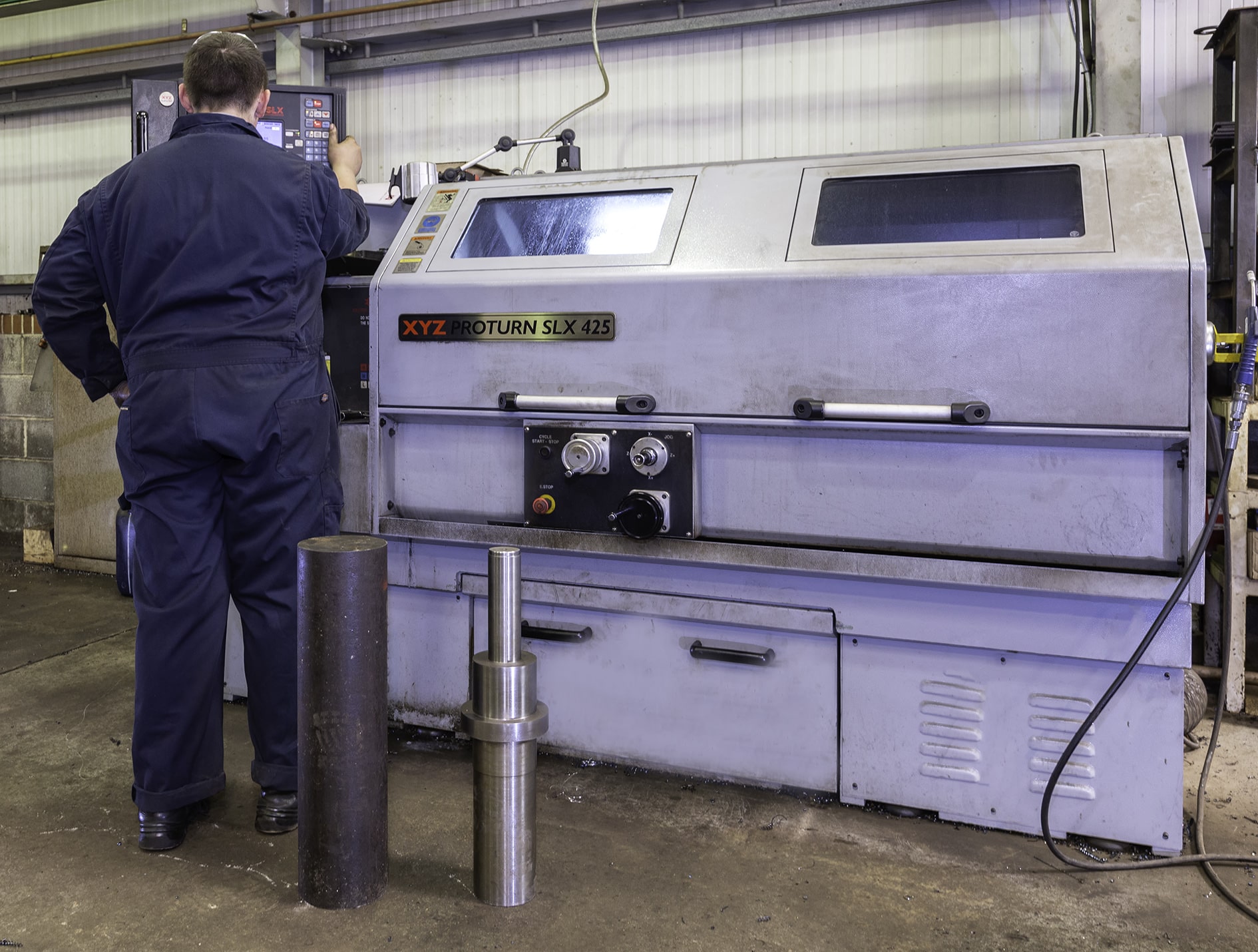 “The combination of the two CNC machines from XYZ Machine Tools has seen significant improvements in quality, we have been able to bring much of the work back in-house, thereby eliminating lead time and logistics issues. One of the biggest factors, and probably one that goes under the radar often, is the improvement in health and safety and housekeeping. With the machines totally enclosed risks to operators is drastically reduced and at the same time the environment is kept much cleaner, with all of the swarf and coolant contained within the machine.  In switching from manual to CNC we have definitely seen the light and moved the company forward and helped to future proof it,” says George Strutt.

While the team at Strutt Engineering had a good understanding of machining principles through many years of operating manual machines, as a company the thought of making the switch from manual to CNC, with no experience of programming, was initially daunting. These concerns quickly evaporated with the ease-of-use of the ProtoTRAK and Siemens ShopMill controls, which made the transition straightforward. “The TRAKing feature on the ProtoTRAK control is fantastic, if you only use it once it’s worth it as it gives inexperienced users the confidence to press the cycle start button, as you know exactly what the program will do before committing to it. Similarly, the Siemens control on the VMC makes life so much easier, we can stop and start the program wherever we want and simply carry on once we have confirmed what we needed to know. We still don’t claim to be experts at programming, but these two control systems have made us much better and have improved how we work.”