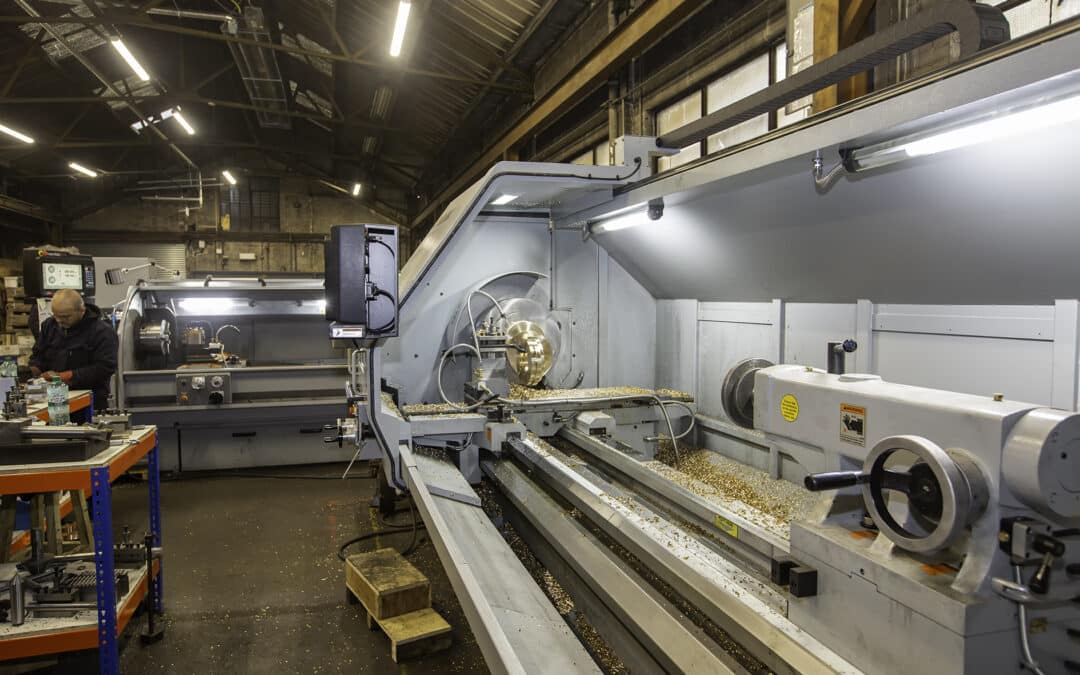 Starting out from fairly humble beginnings under the railway arches in Camden Town, London in 1937, DYN-Metal has grown into one of the largest suppliers of continuous and centrifugal cast products, specialising standard bronzes and its own DYN Processed Bronzes. All of which are cast in-house at its north Acton foundry, where it relocated to in 1977.

Following that relocation, the family owned business recognised that simply providing cast billets for other to machine was not sustainable, so a series of investments were made, which have continued to this day to develop its own machining capability. This has allowed it to develop a worldwide customer base for its own products such as high resistance, maintenance free bearings used in industries including offshore/marine; gearbox refurbishment; oil & gas; automotive; quarrying/mining, aerospace; and ship repair. 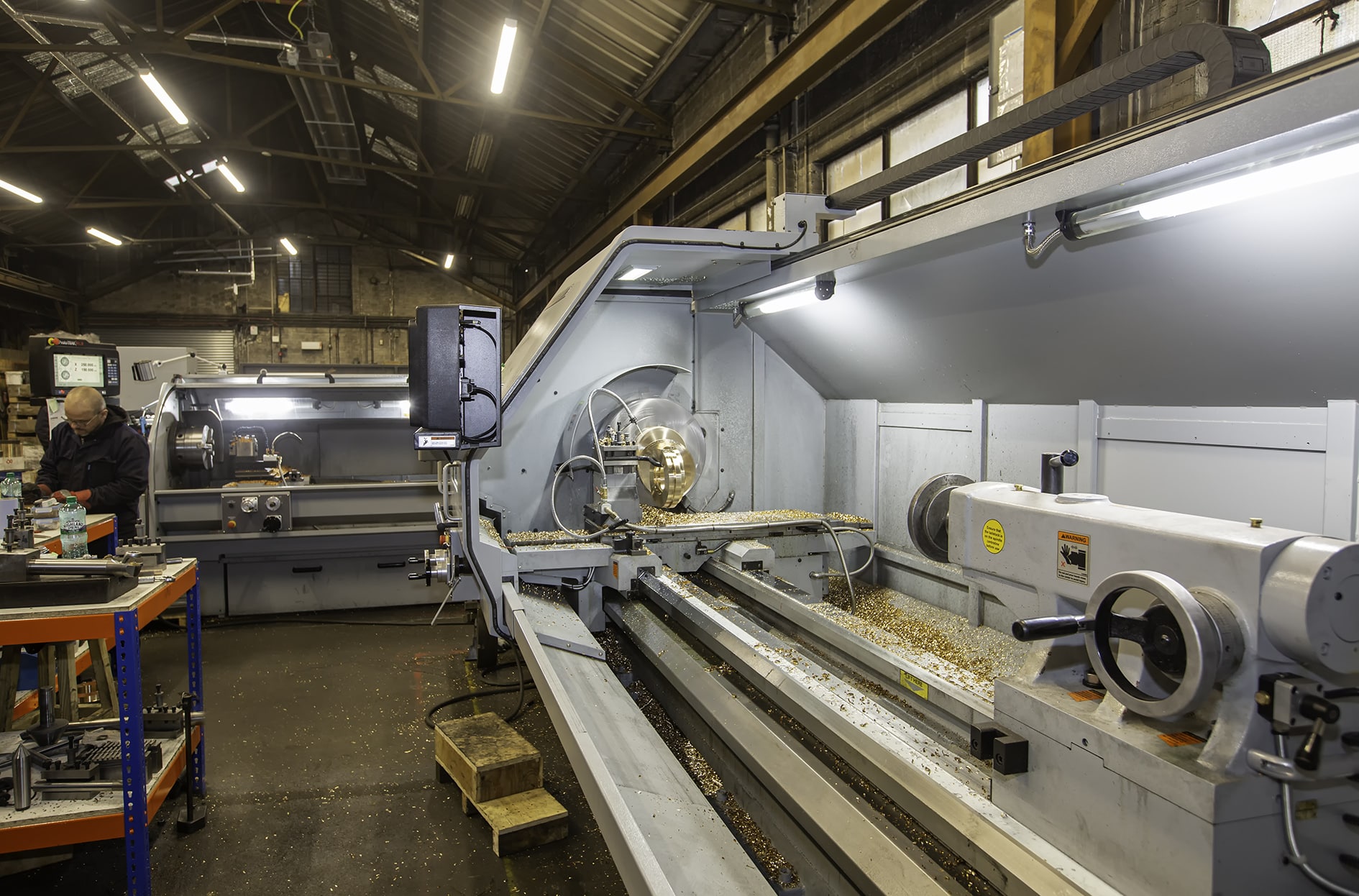 While much of the machine tool investment went on finish machining processes, giving the company the capability of machining castings up to 1.8 m diameter and weighing up to 5 tonnes, one area had fallen behind, that being proof machining. This is where the raw castings from the foundry are pre-machined removing up to 100 mm of material from the outside and inside diameters, depending on product and cast material. This work was being carried out on manual turret machines, one, which current managing director Max Limbourg described as being ‘World War 2 surplus’. So, it was time to bring things up-to-date. 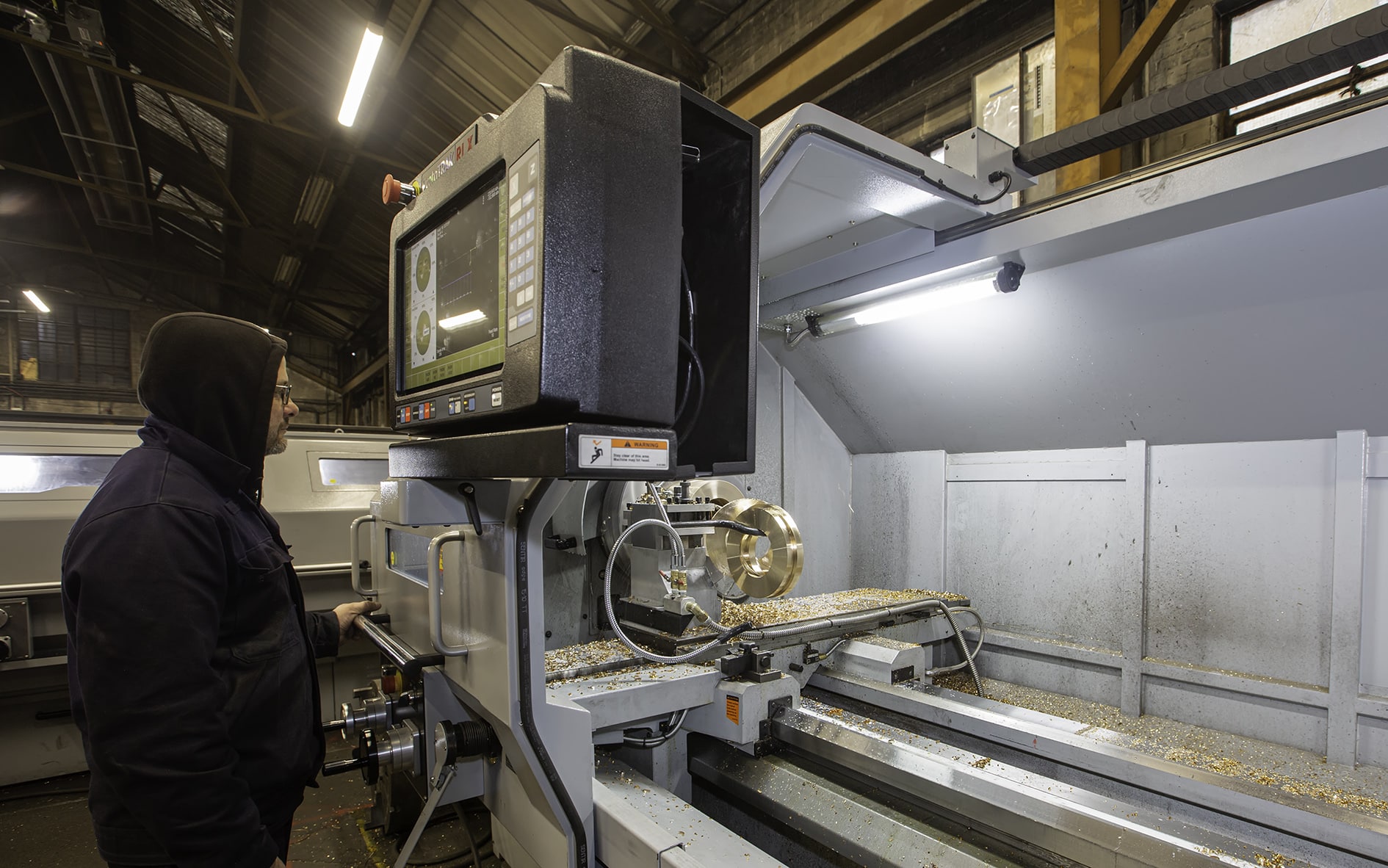 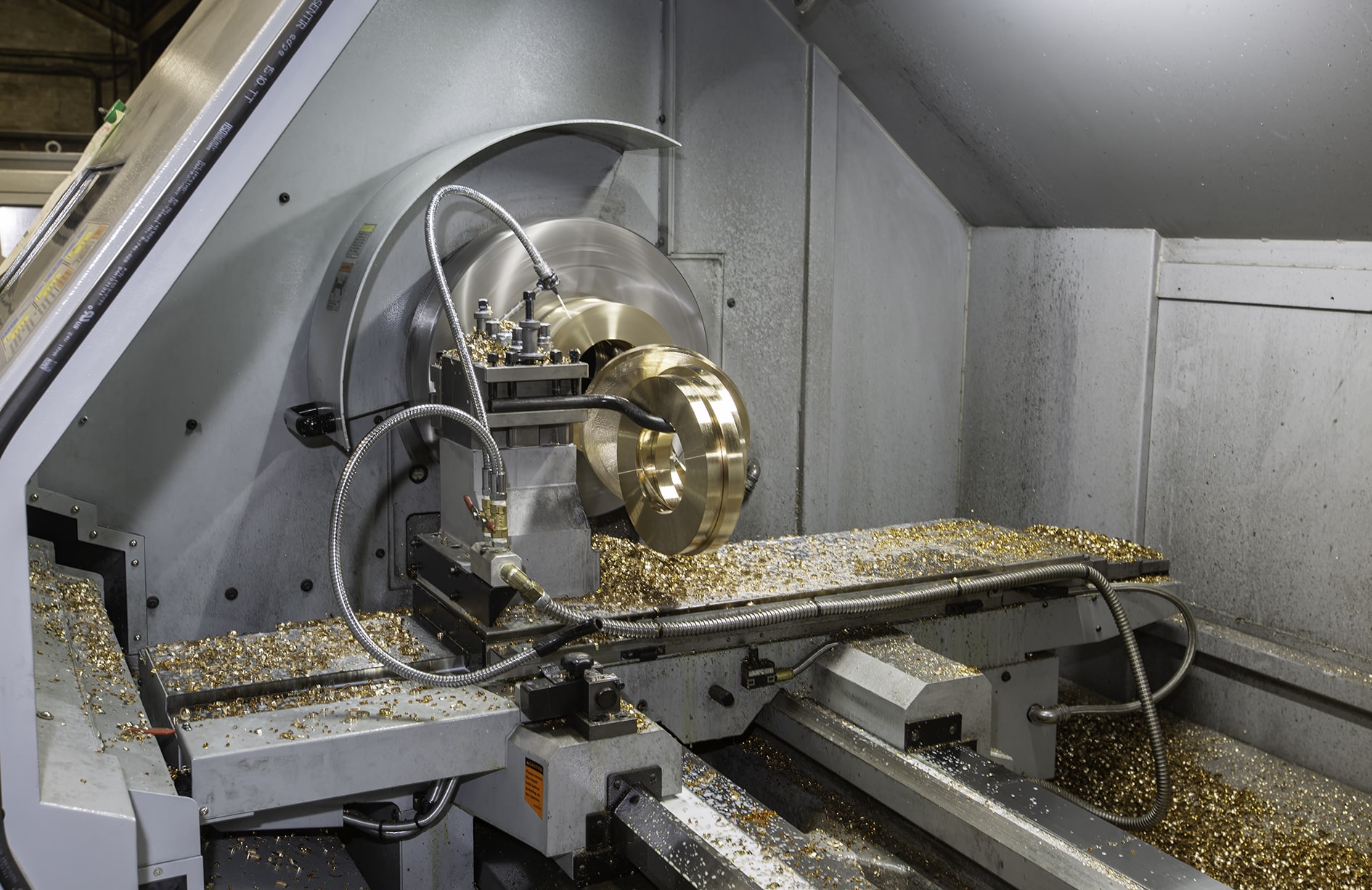 “We needed to improve productivity in our proof machining department in order to increase throughput and consistency. Our manual machines have served us well and we will retain some of them, but they are relatively inefficient and require skills that are often hard to find,” says Max Limbourg. The search for replacements involved looking at second hand and new machines, but it was a combination of the ProtoTRAK® control and a UK supplier for support that saw DYN Metal settle on two ProTURN lathes from XYZ Machine Tools. The machines are an XYZ ProTURN RLX 555 with a 1.75 m bed length and, the largest machine in the ProTURN range an XYZ ProTURN RLX 780 with a 3m bed length and swing of 780 mm over the bed, which were installed towards the end of 2021. 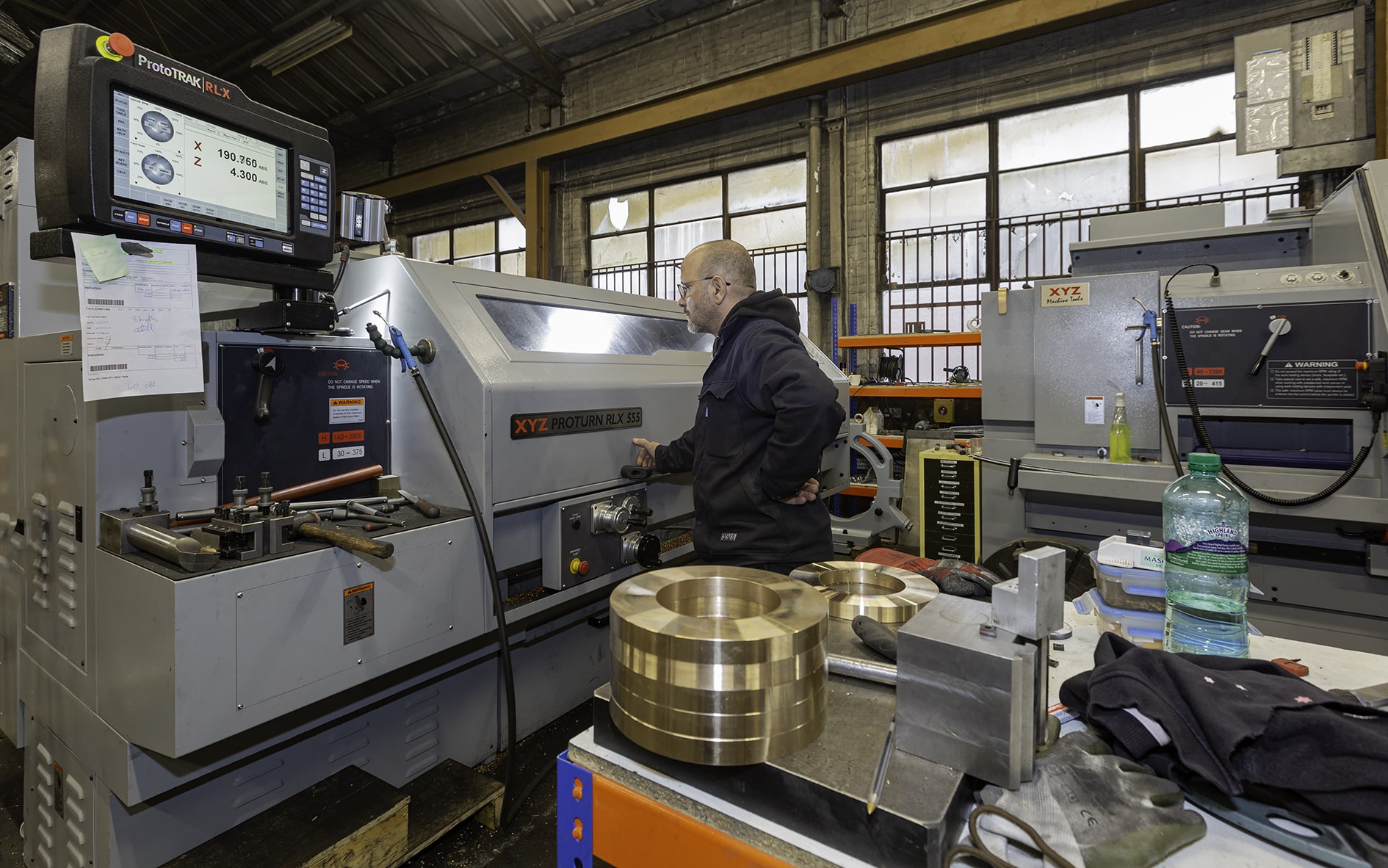 “While these are our first machines from XYZ Machine Tools I’m sure they won’t be the last. Overall, we are very happy with the machines, and the technical support when we have needed it has been very quick and efficient. When we have needed face-to-face help XYZ has been there for us,” concludes Max Limbourg.

Both machines feature the latest RX ProtoTRAK® control system with its touchscreen interface and innovative conversational programming capabilities. One key feature of the control that was welcomed by DYN Metal was the TRAKing® capability of the control, this allows the operator to use the electronic handwheels to prove out the program, winding the wheels will move the tool along the programmed path at whatever speed the operator is comfortable with. Once happy he can revert to full CNC mode at the push of a button. “Coming from manual machines Peter, our operator on the XYZ machines had limited programming experience so it was a bit of a learning curve for him. However, with support from XYZ Machine Tools he is now producing one-off components in a matter of minutes,” says Max Limbourg.

While proof machining is relatively straightforward the two XYZ ProTURN® lathes are delivering significant savings both in time and material, the latter being particularly relevant given escalating material prices for the specialist alloys used by DYN Metal. In terms of machining time to produce a batch of 100 rings on the old manual machines could have taken up to 2-3 days, these are now completed in around one day due to the speed of set-up and machining efficiencies. A further advantage is that with the addition of the ProtoTRAK® control the operator can now run both machines simultaneously, creating even greater efficiencies, while benefitting from the added health and safety gains of an automated machine with guarding.