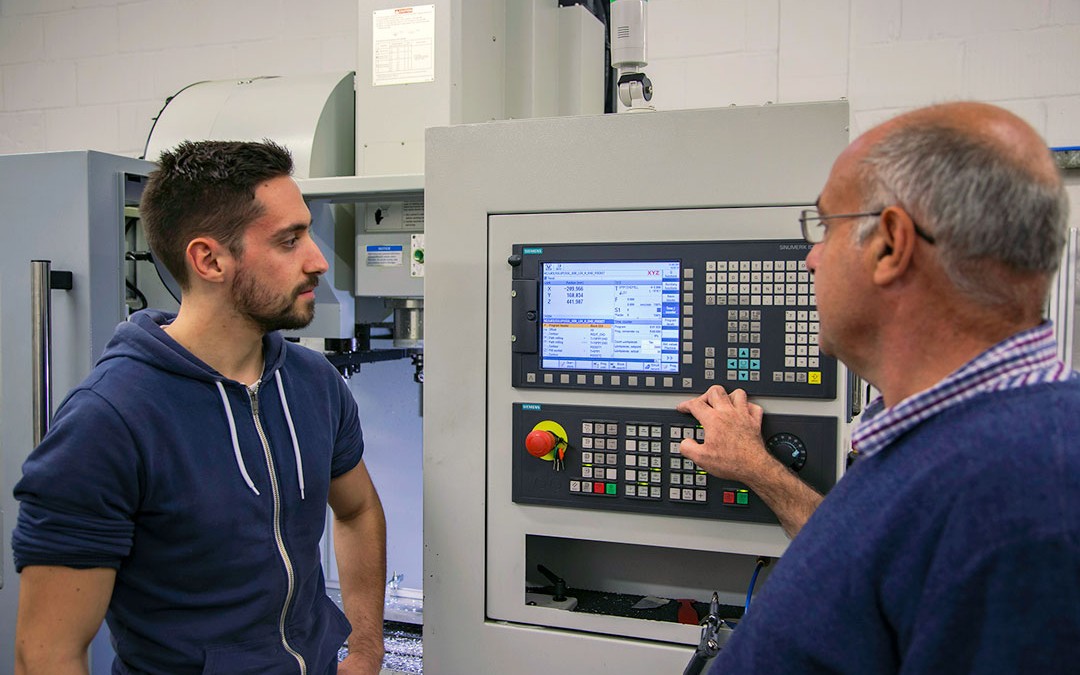 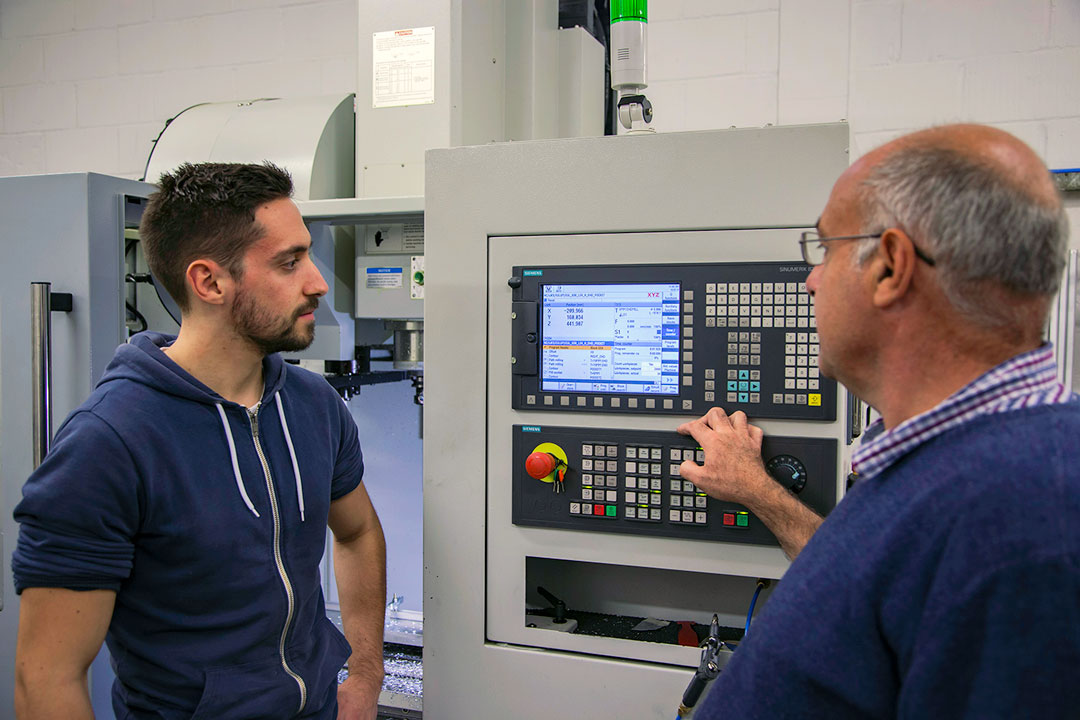 Moving from the relative security of employment to setting up their own sub-contract machining business was in some ways a leap of faith for father and son team Ken and Matt Barnard at MKB Precision Engineering. However, their faith was repaid, with the business being busy almost from the outset. Work came from a wide range of customers, but the business has developed a particular niche supplying machined parts for the specialist lighting sector, that supplies bespoke lighting systems to theatres, factories, offices and high-end domestic customers.

With just the two of them directly involved in the business, the initial expenditure on machinery was quite straightforward, buying a second-hand manual lathe, a grinding machine, and an XYZ manual mill. However, they also knew that they would need a CNC vertical machining centre to complement these manual machines. “Having worked in a number of engineering companies I had a wide experience of machines and control systems, but my preference was for one particular combination, but for whatever reason it was proving difficult to locate the right machine, so we had to widen the search. The one control that neither I or Matt had any experience of was Siemens, but during a visit to MACH we talked to XYZ Machine Tools and the simplicity of the Siemens control system was an eye opener,” says Ken Barnard.

The first XYZ machine was a revelation and, as we saw it, would suit the business for the next three years as we steadily expanded our customer base. However, within 18 months business was such that we needed a second machine

Having seen the Siemens control on an XYZ 710 VMC, Ken and Matt asked for a demonstration down at XYZ’s Waltham Abbey showroom, which took place on a Saturday morning, as that was the only time the pair could spare. “We only went for a fresh look and a one-to-one demonstration,” says Matt, “but we ended up placing the order there and then, with XYZ arranging a very competitive finance package for us to make the process that much easier.” With the machine delivered and installed the pair then needed training on the efficient use of the control, this was done on-site at their premises, again due to them being busy and not able to spare the time away from the business. What particularly pleased the pair was after this initial training they weren’t forgotten about and continued to receive ad-hoc visits from XYZ’s applications engineer Russell, when he was in the area, who passed on additional tips.

“The first XYZ machine was a revelation and, as we saw it, would suit the business for the next three years as we steadily expanded our customer base. However, within 18 months business was such that we needed a second machine as we had won a large contract to support a customer on a major theatre lighting project. The choice of another XYZ 710 VMC was pretty straightforward, but we needed it quickly, which wasn’t a problem for XYZ,” says Ken Barnard. “The machine was promised on a two week delivery and on the morning it was due we received a phone call from the delivery team, saying it was on its way, three hours later it was being unloaded and put in position, 90 minutes after that the service team had installed it and by the following morning we were cutting metal. The whole process was tremendous.”

We pride ourselves in working with customers to ensure that they get what they want when they want it. This is why it was so refreshing to find a machine tool supplier that operates on the same principles

So, now with a machine each to operate Ken and Matt continue to develop their business which offers services from prototype machining through to batch production in a wide range of materials, as well as working with customers to develop products for manufacture and refining the machining process for maximum efficiency. They make full use of the machine’s 20 hp, 8000 revs/min, BT 40, spindle and 760 mm by 430 mm table size and the Siemens 828D ShopMill Control with JobShop concept making programming straightforward on even the most complex parts thanks to the easy to understand prompts that help to plan the machining operations, with the control taking care of all of the coding in the background.

“We pride ourselves in working with customers to ensure that they get what they want when they want it. This is why it was so refreshing to find a machine tool supplier that operates on the same principles. An example of the service level from XYZ was when we had a power cut and one of the machines was mid-toolchange. I called to request a service visit, as that is what my past experience said I needed, along with the bill to go with it. However, I was told to take the phone to the machine, and was talked through the reset procedure, without any fuss at all, saving valuable time and money. For a small business like ours service at this level is invaluable.” says Ken. 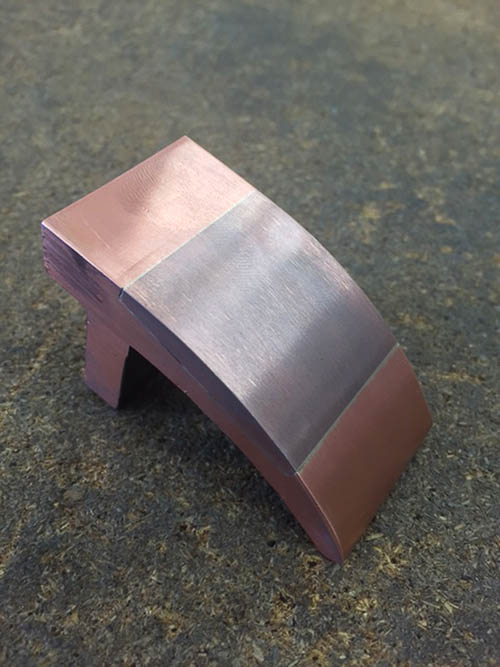 (Above) Copper conductor that highlights the diverse range of materials worked on at MKB Precision Engineering, as well as their brazing capabilities. 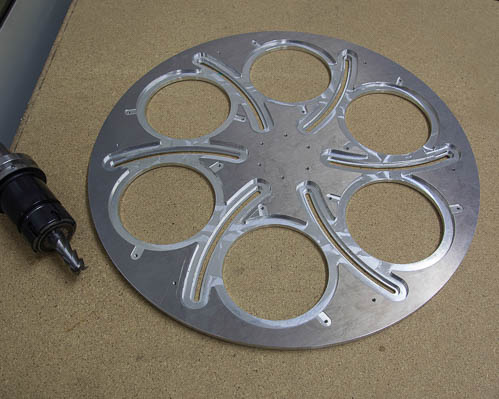 (Above) Part of a bespoke light fitting machined on the XYZ 710 VMC. 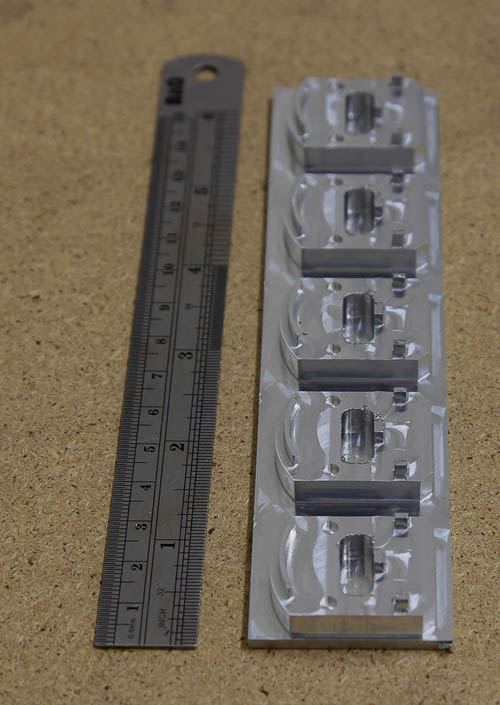 (Above) Components of all shapes and sizes are produced by MKB Precision Engineering.