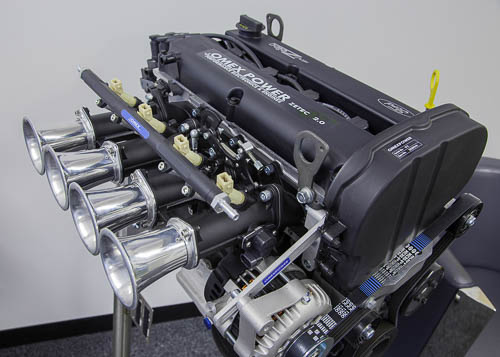 Omex Technology has been the ‘go to’ designer and manufacturer of electronics for high performance road and track cars for the past 20 years, providing customers, both OEM and owners, with everything from the simplest system for limiting revs through to full electronic management ECUs for powerful V12 engines. While this remains the core of its business, the past 18 months have seen the winds of change blowing through its Cheltenham workshop, which have seen employee numbers double.

Omex’s Managing Director, Richard Wragg decided the time was right to expand the company’s portfolio, with the first step of this development being on fairly familiar territory in the electrical field, when it set up a department to design and build full wiring harnesses. This was quickly followed by an engine build facility to provide a service to niche motor manufacturers, who wanted to use standard engines such as the Ford Zetec or Duratec, but who also needed consistent increased power. Once the wiring harness and engine build departments were up and running it was time to look at the next step in Omex’s development, bringing machined parts manufacture in-house.

The XYZ 1020 VMC meets our needs perfectly; the 1120 x 500 mm table allows the use of a fourth axis and the ability to set up multiple parts if required

“For manufacturing at Omex to move forward we knew we had to bring manufacturing in-house,” says Business Development Manager, Simon Joyce. “Having control over the machining process would allow us to guarantee quality and delivery and also give us the flexibility to develop products quickly without the delays that a supply chain brings.” However, the team at Omex were electronics experts and had no experience at all in machining, so they needed a supplier that they could trust and one that would work with them in the early stages of development.

With their extremely limited machining knowledge Omex was reliant upon the machine suppliers to give them the confidence that they were doing the right thing. It was here that XYZ Machine Tools came to the fore. “The conversations that Richard Wragg had with Mark Matthews, XYZ’s Area Sales Manager, reassured him that what was being proposed was the right solution for him and that the back up in terms of applications support and service would be there if it was required. Added to that, the fact that the XYZ 1020 VMC would come with a package of spindle and cutting tools from WNT (UK), a free fill of coolant from Jemtech, and Omex was also provided with the latest Renishaw Primo tool and workpiece probing system as part of the deal, made it into complete ready-to-go package, taking away any of the doubt that was there initially,” says Simon Joyce. This package is fairly standard for XYZ customers as every machine comes with a tooling voucher from WNT (UK) and a free first fill of coolant from Jemtech and, for a limited time, each machining centre in the range is supplied with a free Renishaw Primo probing package.

The first machining project for Omex was the production of its own design of throttle bodies, this included the machining of all of the patterns required for the aluminium castings. The brief for designer Paul Bate who also operates the XYZ 1020 VMC, was to take throttle bodies to the next level, using lightweight castings that have material where it is needed. “The XYZ 1020 VMC meets our needs perfectly; the 1120 x 500 mm table allows the use of a fourth axis and the ability to set up multiple parts if required. By applying modern, precision, machining techniques to what is a mature product we were able to bring it up to date and create throttle bodies that were more efficient and easier to work on and install,” says Paul Bate.

Initially Omex was looking to purchase the smaller XYZ 710 VMC, but took the decision to go for the larger 1020 variant as it gave them greater adaptability when it came to fixturing parts and multi-loading components, the additional cost for the larger machine was insignificant in comparison to the productivity gains that the larger capacity gave. With its optional 12000 revs/min, 20 hp, spindle combined with traverse rates up to 20 m/min in all axes the XYZ 1020 VMC has the agility needed to machine the variety for relatively small, but complex parts that make up the throttle body assemblies, with the high speed spindle helping achieve the high levels of surface finish required by Omex. Within a very short space of time Omex was producing 95 per cent of all of its machined parts on the machine.

Thanks to the confidence we have gained through the combination of high quality machine tools, with the back-up of applications and service teams from XYZ, we now have the confidence to further develop the plans we have for manufacturing, with XYZ being central to those plans

Also making the transition from non-machinists to production machinists easier for Omex was the use of the Siemens 828D ShopMill Control on the XYZ 1020 VMC. The control’s Job Shop software replicates the knowledge of an experienced machinist and puts that knowledge into basic steps that guide the operator through the programming and machine operation stages. The conversational prompts take the operator through each step of the work plan, with the control creating all of the code in the background.

“Thanks to the confidence we have gained through the combination of high quality machine tools, with the back-up of applications and service teams from XYZ, we now have the confidence to further develop the plans we have for manufacturing, with XYZ being central to those plans,” says Simon Joyce. 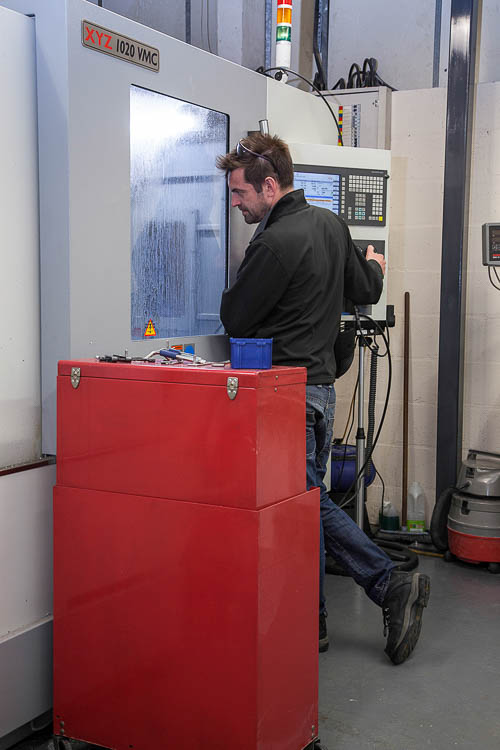 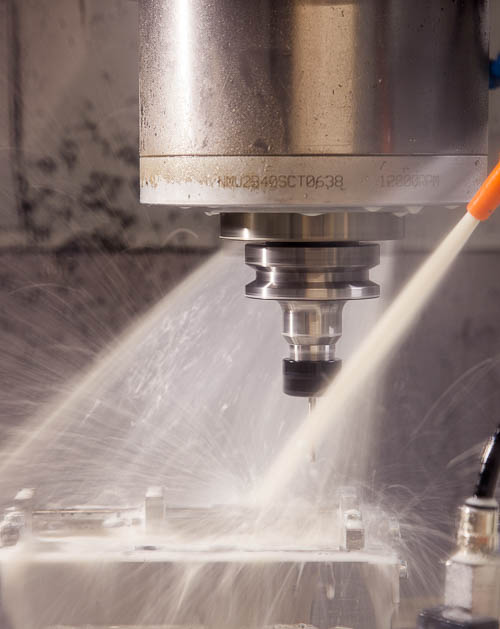