Toolmaker stays on TRAK with XYZ 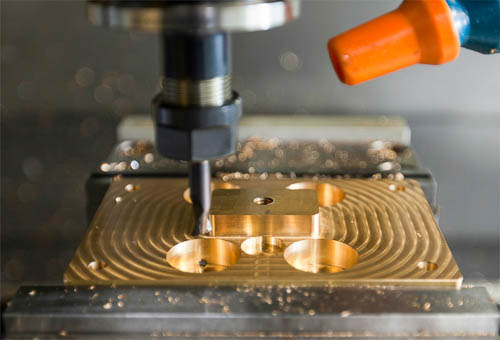 (Above) Canned cycles for a wide range of features speed up programming on a ProtoTRAK machine.

With a business dating back to 1946 you would imagine that there was very little that fazed the toolmakers at Hove-based CB Powell. However, in a busy toolroom even the most adept toolmaker needs a helping hand occasionally and, it is here that the XYZ ProtoTRAK control comes into its own.

C B Powell’s workload comes from strong connections with local OEMs, including those involved in the manufacture of pumps, health care equipment, printers, and track side switch components. A mix that creates a daily workload that is varied, and generally based around one-off or low volume prototype work. As a result C B Powell’s plant list is heavily reliant on toolroom type machine tools, with great emphasis on manual skills, with the only concession to volume production being an XYZ ProtoTRAK LPM (Lean Production Machine), which was purchased to accommodate any prototype that developed into batch type work. The LPM isn’t the only ProtoTRAK controlled machine on C B Powell’s plant list though. Recognising that the ProtoTRAK control is ideal for non-CNC machinists, and for one-off and prototype work, the business currently has six other XYZ machines with this control fitted.

We have long been advocates of the ProtoTRAK control having bought our first machine, which we still use on a daily basis, almost 20 years ago when ProtoTRAK was first introduced.

“We have long been advocates of the ProtoTRAK control having bought our first machine, which we still use on a daily basis, almost 20 years ago when ProtoTRAK was first introduced. With our background in toolmaking, CNC is something of a mystery to us and the simplicity of programming the ProtoTRAK control, and of course the ability to use the machine by winding the handles, which is still part of a toolmakers day-to-day life, is a big plus for us. An example of this is Andy, one of our toolmakers, who had no experience of CNC at all and was initially worried about using the XYZ ProtoTRAK machines, so much that we dubbed him ‘Windy Miller’. However, with the TRAKing facility that comes with ProtoTRAK controlled machines, he is able to wind the handles to run the program, and as a consequence he quickly gained confidence. He now programs the machines without any issues at all,” says Andy Powell Managing Director, C B Powell.

With C B Powell’s toolmakers sometimes working on up to six jobs in a day it is easy to lose concentration and, with most jobs being a one-off there is no room for error. It is here that the TRAKing facility comes into its own. When the operator presses the TRAKing softkey on the control each axis of travel is controlled by turning the table- or saddle-mounted electronic handwheel. Moving the x or y axis handwheel in the clockwise direction moves forward through the program, moving counter-clockwise moves backward through the program. The operator can also select different speeds of TRAKing, with the y-axis handwheel offering slow progression through the program and using the x-axis handwheel providing a higher speed variation. This simple addition to the control’s function eliminates any nerves that someone not familiar with CNC may have, avoiding that element of pressing cycle start and hovering over the emergency stop button. Once the operator is confident that the program is correct it is just another push of a softkey to transfer into CNC mode, overcoming any concerns that a ‘windy miller’ may have.

with the TRAKing facility that comes with ProtoTRAK controlled machines, he is able to wind the handles to run the program, and as a consequence he quickly gained confidence. He now programs the machines without any issues at all

The ProtoTRAK machines at C B Powell are a mix of two and three axis mills along with ProTURN lathes. The latest addition is a three axis XYZ SMX 3500 bed mill. The XYZ three axis bed mills feature a programmable z-axis, while maintaining the flexibility of the swivel head and manual quill found on its smaller knee mills. The XYZ SMX 3500 also benefits from a programmable 5 hp, 5000 revs/min, variable speed head along with an ISO 40 spindle nose, axis travels of 770 x 500 x 500 mm in x, y and z and a maximum table load of 600 kg.

The ProtoTRAK two or three axis CNC allows users to machine complex forms simply through use of canned cycles for a variety of machined features such as pockets of every conceivable shape, pockets with islands, thread milling, bolt hole patterns, drilling, tapping and boring. ProtoTRAK also features AGE profiling, which means no more calculations with the addition of the unique ‘guess’ key. If a dimension is missing from the drawing, which will calculate the position of a tangent or intersection point. ProtoTRAK is also capable of 3D surfacing with ‘on board’ DNC and the ability to handle virtually unlimited program size. In addition, programs can be transferred from one ProtoTRAK control to another. So, in the case of C B Powell, if a one-off job turns into a production run, the program can simply be moved from one of the XYZ mills to the XYZ LPM machine where it can be machined even more efficiently in volume. 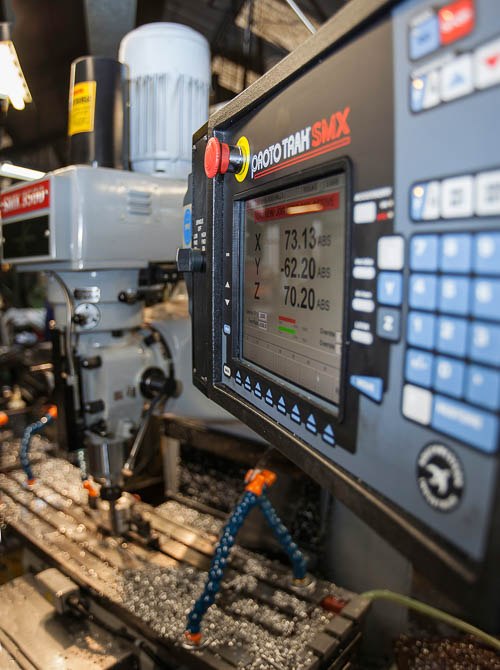 (Above) The XYZ ProtoTRAK control simplifies CNC operation with practical features such as TRAKing. 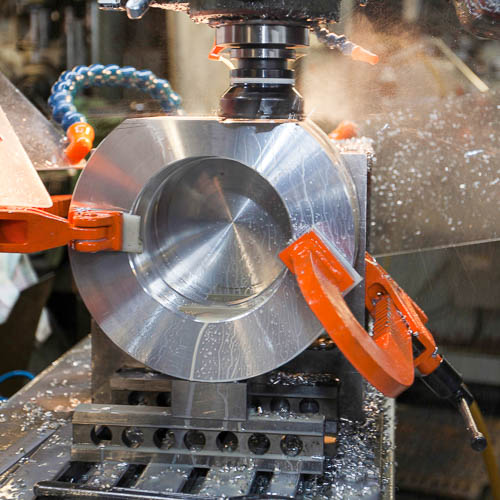 (Above) The XYZ SMX 3500 bed mill is capable of machining components up to 600 kg in weight.