School of Engineering triples up on productivity 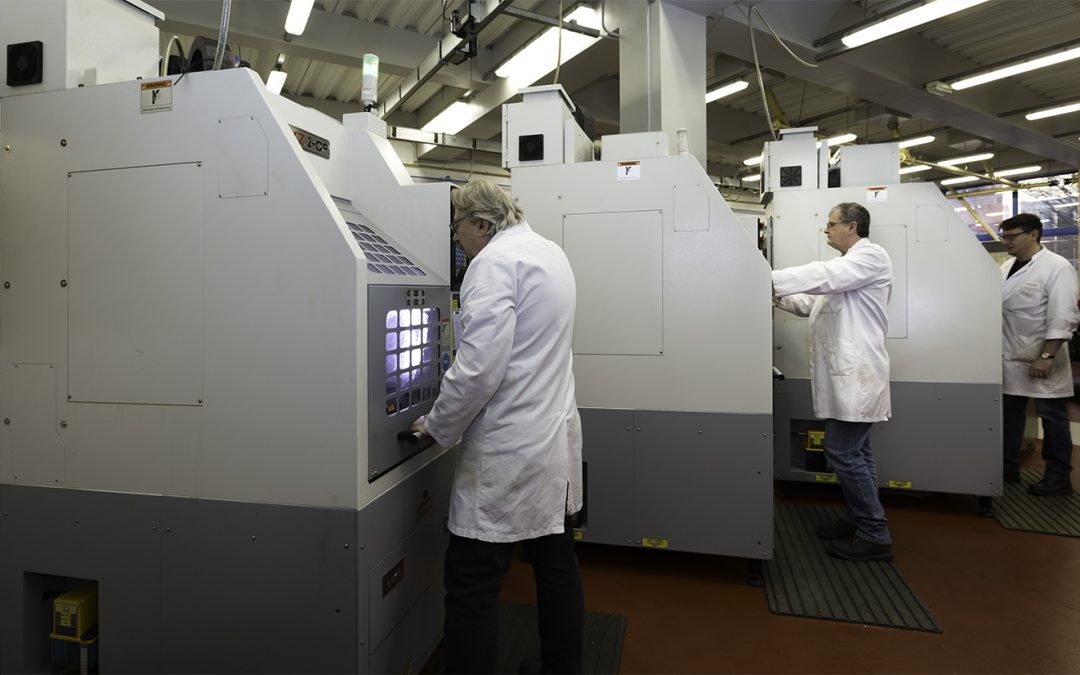 Cardiff University’s School of Engineering comprises of a group of interlinked workshops to provide a machining and development facility for academics, degree students and, external commercial customers. As such, it is equipped with state of the art machine tools, metrology equipment and, 3D printing systems, which are operated by a group of highly-skilled technicians. Its latest investment in three XYZ ProtoTRAK 2-OP machining centres is bringing added productivity and versatility to what is an increasingly busy working environment.

“The workshops provide a service to academics in relation to student training and projects, but we also get involved with external commercial work on high precision parts, such as injection moulds and product development that combines input from research groups at the university and industry,” says the School of Engineering’s Mechanical Workshops Supervisor Andrew Rankmore. “The main reasons for choosing the XYZ 2-OP machines, was our need to produce better quality products in terms of the accuracy and quality of the parts we manufacture, as well as improving productivity.” 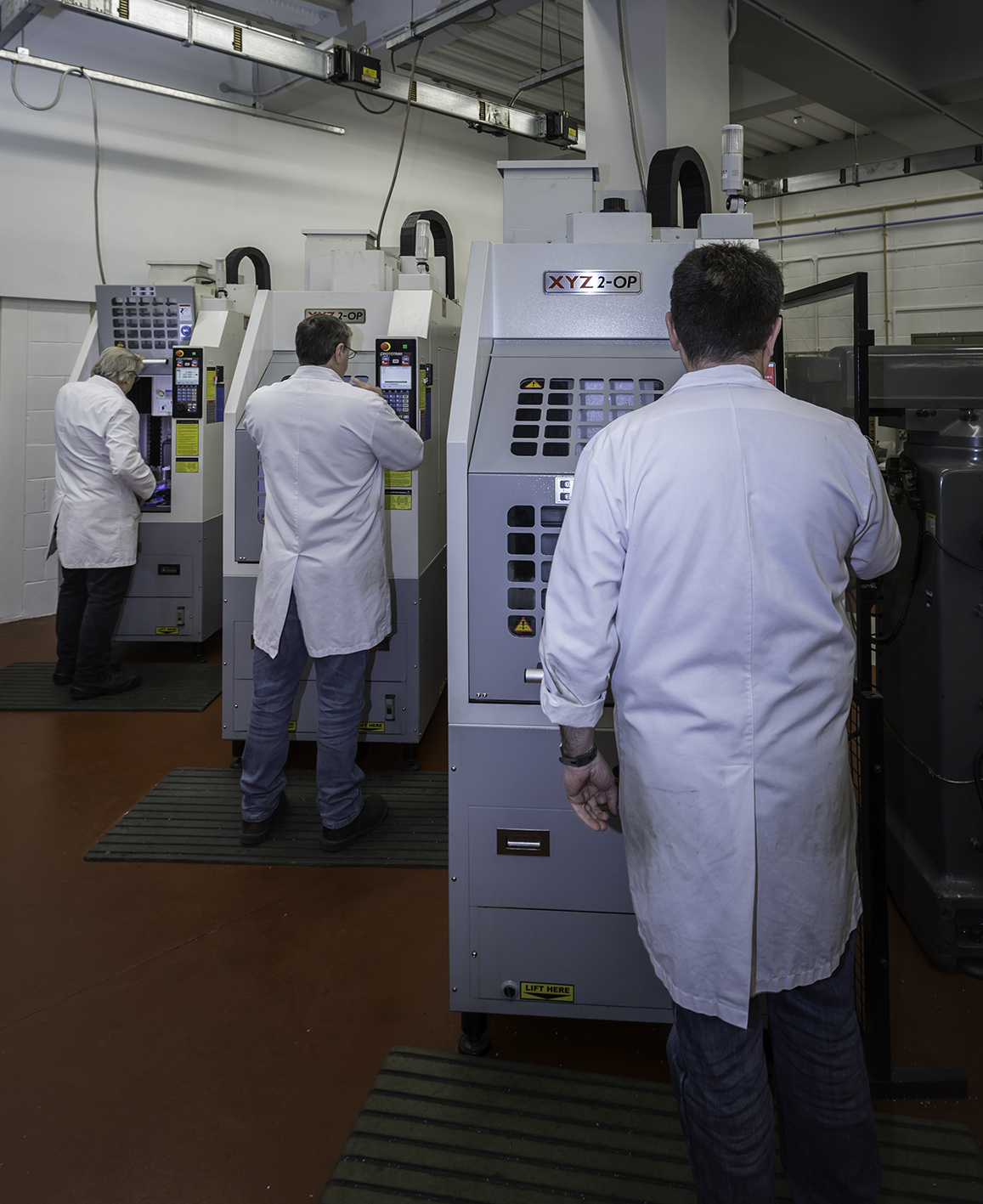 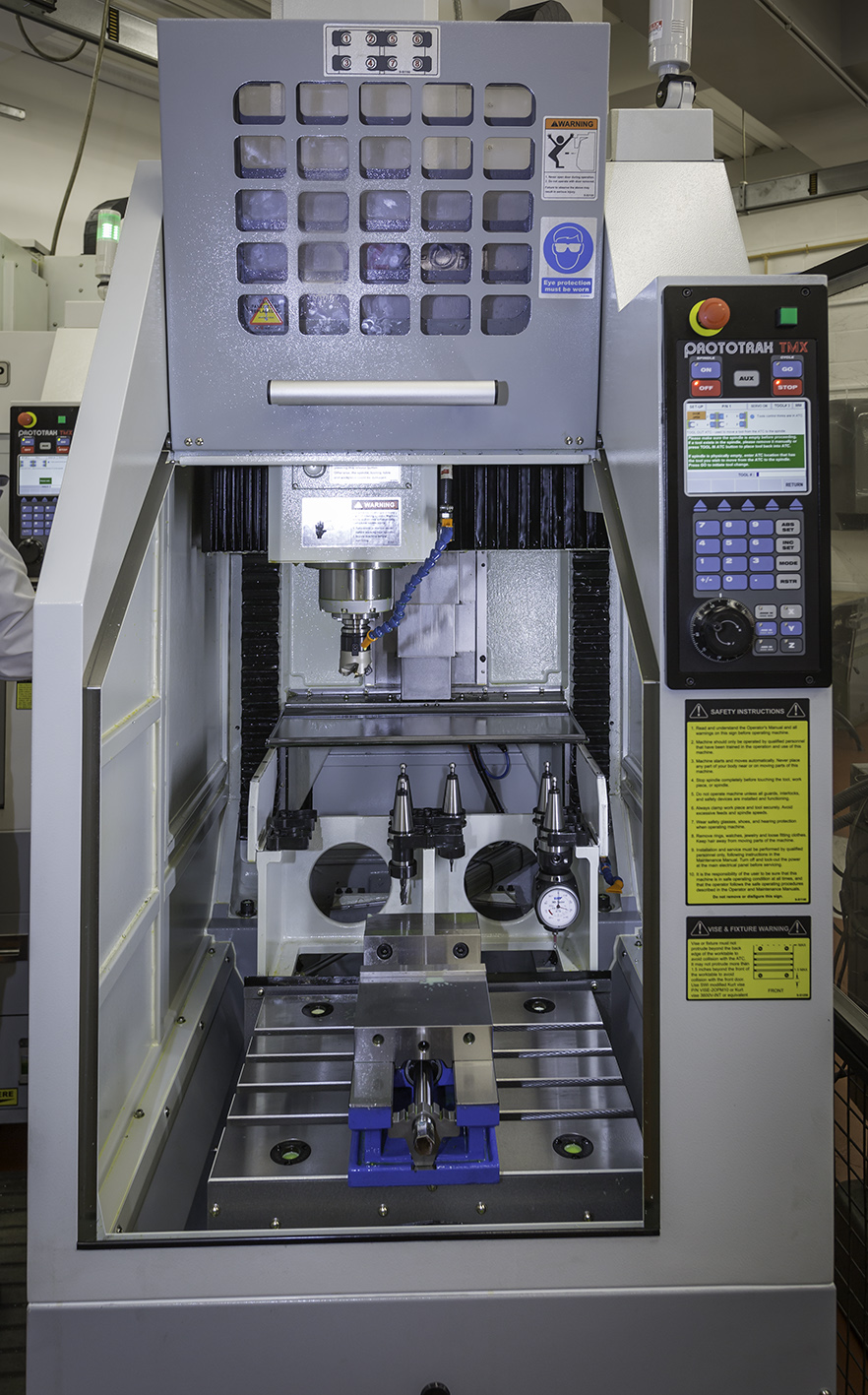 The first XYZ 2-OP was installed 18 months ago after Andrew Rankmore saw it demonstrated on YouTube. This initial machine has now been complemented by two more with the three machines now installed side-by-side in the workshop. The compact nature of the XYZ 2-OP, with a footprint of just 760 x 1,220 x 2,565 mm, meant that the School of Engineering was able to fit three machines in the space previously occupied by two bed mills. In addition to the space saving it now has three machines that are fully self-contained, making the working environment cleaner and safer, as all swarf and coolant remains within the machine. “The workshop is much cleaner, making it easier to fully comply with the latest health and safety legislation, we also benefit from increased capacity and versatility as the 2-OPs ProtoTRAK control allows us to do more than we could previously. We were already familiar with ProtoTRAK as we have a number of XYZ machines across the various workshops, but with the 2-OP we are making the most of the DXF converter facility and programming offline using SolidCAM, we then feed the programs to the machines without any issues whatsoever.”

Other key features of the XYZ ProtoTRAK 2-OP that win approval Andrew Rankmore are the eight-position toolchanger and CNC Indexer. “The fact that the 2-OP is controlled by the ProtoTRAK system means that it can be left to run un-manned, either during the day, so a technician can be doing something else, or we can run into the evening and weekends. Having the toolchanger is a big advantage and this is enhanced by the fact that you can also manually load up to 50 additional tools, almost like a virtual toolchanger capability, which is helpful given some of the work we undertake. If we choose not to leave the machine running unmanned, we know we can stop it and pick up exactly where we left off the following morning with the ProtoTRAK control. The first 2-OP was also specified with the optional CNC indexer, while the following two machines are equipped with the OEM vice from XYZ, which makes the most of the available machining envelope.” 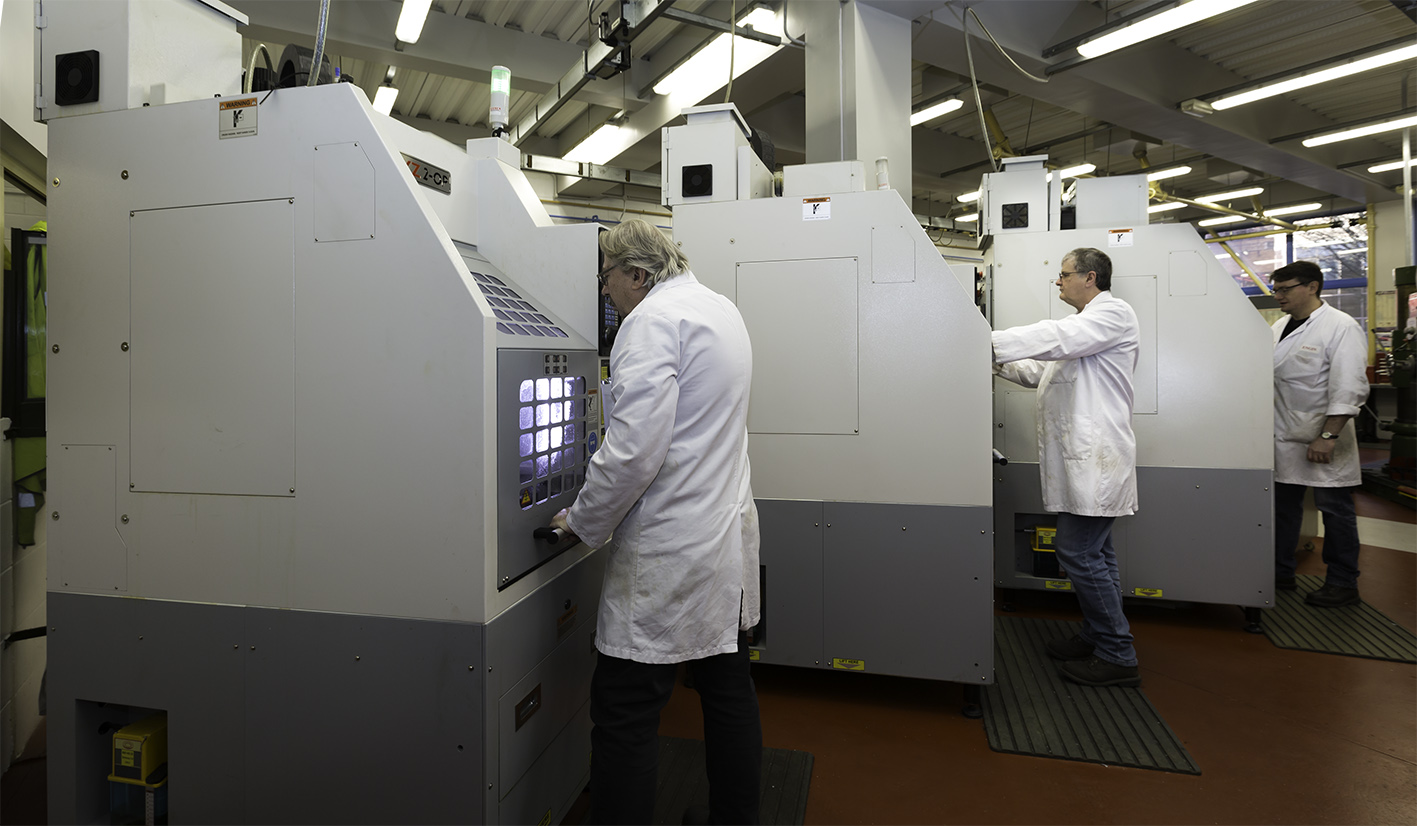 The scale of the XYZ ProtoTRAK 2-OP also belies its machining capabilities; with axis travels of 355 mm (X), 305 mm (Y) and 455 mm (Z) with feed rates up to 15 m/min, a 6000 revs/min, 3hp BT 30 spindle, along with the ability to machine parts weighing up to 250 kg. The initial concept of the XYZ ProtoTRAK 2-OP was as a portable VMC that could act as a pre-/2nd operation machine relieving pressure from more valuable spindles in the workshop. However, its versatility is seeing it installed in many locations as a stand-alone vertical machining centre. “The agility of the 2-OP makes it ideal for high speed cutting strategies using smaller depths of cut but higher feed rates to achieve fast cycle times,” says Andrew Rankmore. “I see the 2-OP having great potential in training and college environments, for me it’s the way forward for training. The same goes for small toolrooms and machine shops, a start-up business could fit six of these in a space not much bigger than a garage. They certainly meet all of our expectations, and while they won’t replace £200,000 machine, they are more than capable of producing high quality parts, very quickly.”