ProtoTRAK is the control of choice at AC Engineering Services

When, in 1993, XYZ Machine Tools introduced the ProtoTRAK control system to the UK, it was revolutionary due to its ease of use and plain English programming system. Of course being revolutionary also means a change in mind-set for customers, who up to that point had a limited choice of manual machines or highly complex, and expensive, CNC systems with their complicated G-code programming language.

The ProtoTRAK control system allowed many small businesses to move away from manual machines and take their first steps into CNC and after a number of generations the control remains the mainstay of XYZ’s machine portfolio, with over 16,000 ProtoTRAK controlled mills and lathes installed in the UK. Nigel Atherton, XYZ Machine Tools’ Managing Director says: “Our ProtoTRAK range has been a revelation from the day it was launched, and it has been an extraordinary journey watching customers who had faith in it back when we launched it, moving forward and becoming great companies in their own right.” One such customer is AC Engineering Services based in Alfreton, Derbyshire.

AC Engineering Services is a general sub-contractor and like many others it rarely knows what work it will be asked to do from one week to the next, or what materials it will be asked to machine. Managing Director Dean Coxhead explains: “We work for a wide variety of industries, being based in Derbyshire we started out with a big reliance on the mining industry, but as that declined we now have customers from motorsport, aerospace, pharmaceutical and concrete processing. We can be working in plastic one day and Hastelloy the next, so versatility is the key word for us.”

Conventional CNC controls then had lots of buttons and a complex programming language, where the ProtoTRAK did away with all of that, making the whole process straightforward.

As an existing XYZ customer, AC Engineering Services was among the first to see the desktop demonstration of the original ProtoTRAK control back in 1993 “I remember that at the time Nigel Atherton didn’t have a machine equipped with the control, just a desktop unit, but what my father and I saw during that demo convinced us that the control could revolutionise how we worked. Conventional CNC controls then had lots of buttons and a complex programming language, where the ProtoTRAK did away with all of that, making the whole process straightforward. We placed an order and took delivery of what must have been one of the first ProtoTRAK controlled mills in the country,” says Dean Coxhead.

That machine is still there and operational and because of the ease of use and versatility of the ProtoTRAK control another seven machines have been installed, including a mix of turret mills, bed mills and lathes equipped with ProtoTRAK, along with an XYZ 1020 VMC vertical machining centre with the Siemens control. The most recent arrival is an XYZ SMX 5000 bed mill with the latest generation SMX ProtoTRAK control. The versatile machine is the largest in the XYZ bed mill range and has a table size of 1930 by 356 mm with a maximum table load of 850 kg, a 5.75 kW (7.5HP) (40 – 5000 revs/min) 40 ISO spindle with two speed ranges as standard.   Axis travels are 1524 by 596 by 584 mm (XYZ), with an additional 140 mm of quill travel.

Apart from the half day of training that I had back in 1993 we haven’t had any other formal training on the control, there wasn’t any need for it, it really is that straightforward to use.

“The ProtoTRAK control has been perfect for our business and has proved a very cost-effective option for the type of work and the skills that we have available. We are able to transfer people from one machine to another whether they are using the mills or the ProTURN lathes without any issues,” says Dean Coxhead. “Apart from the half day of training that I had back in 1993 we haven’t had any other formal training on the control, there wasn’t any need for it, it really is that straightforward to use. Even as the control has been developed, the interface and functionality from the operator’s perspective has remained fairly constant, while the capability has moved on considerably.”

The ProtoTRAK controlled machines at AC Engineering Services are used for a wide variety of components ranging from one-off to medium batch work and the versatility of the layout of the mill, in particular, has seen them take on work up to 10 metres in length on occasions. The move to the XYZ ProTURN lathes was also taken with larger, longer work in mind and the choice was to bring in a ProTURN SLX 425 with a 2 metre bed, which when combined with the 480 mm swing over the bed, an 80 mm spindle bore and 7.5 kW (10hp)/ 25-2500 rpm spindle with three speed ranges provides an ideal solution for much of their turning work. A & C Engineering Services also has the more compact ProTURN SLX 425 with a 1.25 metre between centre distance.

While Dean Coxhead’s affinity to the ProtoTRAK control goes without saying, he did dip his toes into an alternative control system when the company was faced with more batch-type work. Here again he wanted an easy to use control system that would allow him to maximise the skills he had available from his six-strong workforce. “We recognised a need for a vertical machining centre and because of the relationship with XYZ the choice of the 1020 VMC with the Siemens 828D ShopMill control was a fairly obvious one. We really liked the conversational programming of the Siemens control and it seemed like the logical progression having had the ProtoTRAK system in place. While we bought this machine to produce larger volume batches, we are still comfortable programming it for one-off and low-volume work if it is the right job for the machine.”

(Above) Three generations of ProtoTRAK controlled mills, the oldest being installed 23 years ago and still running. 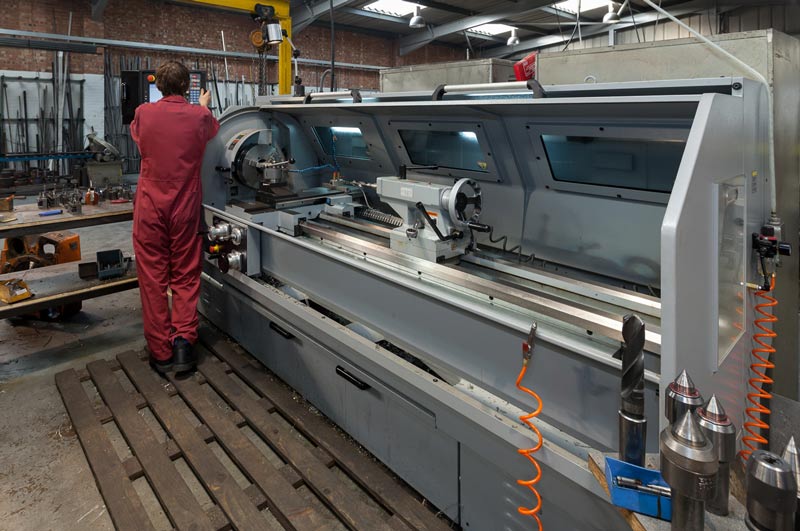 (Above and Below) The XYZ ProTURN SLX 425 lathe with a 2 metre bed. 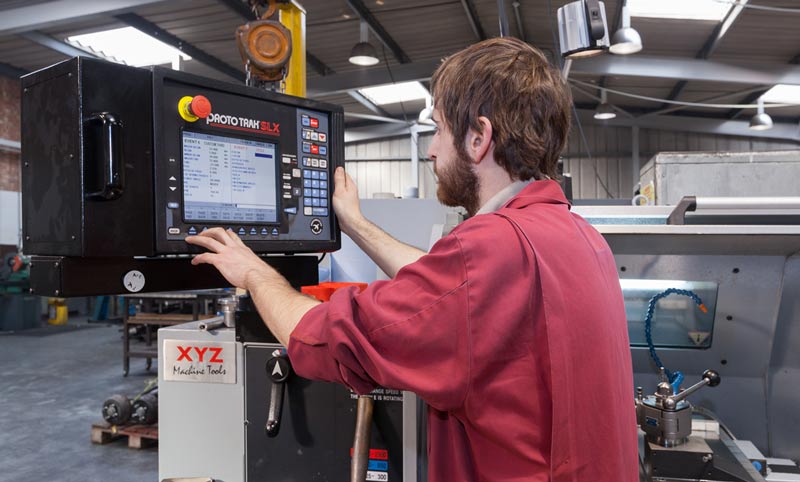 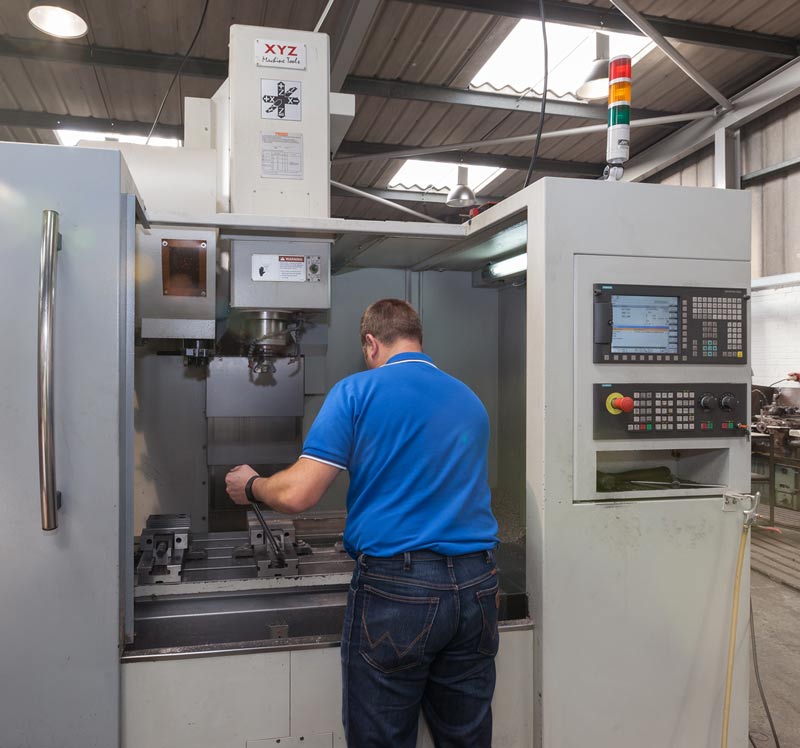