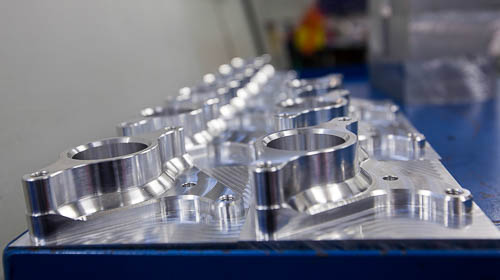 At club and national level motorsport teams are populated by enthusiasts, with many of the companies supplying them, built on that same enthusiasm for the sport of going faster. West Sussex-based Nova Racing Transmissions is a prime example. Formed in 1989 by Graham Dyson, who had been responsible for engine and transmission components at renowned builder of two-stroke racing engines, Barton Motors. Graham was joined in the business in 1996 by Martin Ford-Dunn, who brought with him years of experience at automotive consultancy group Ricardo. This was the start of a new era for Nova Racing that saw investment in machine tools and technology and the development of the company motto…‘Racing is life, everything before or after is engineering’.

Almost every part we make goes through the XYZ VMCs including gears, where we reduce weight by milling pockets, and gear shafts where we drill cross-holes

When Graham passed away in 2012, the decision was taken to relocate the business closer to Martin’s home in West Sussex, with two more directors, again motorsport enthusiasts, joining the business with investment in machine tools continuing, so as to better serve Nova Racing’s customers, that range from club racers through to world championship teams, working with some of the biggest names in motorcycle manufacturing. “Our business revolves around motorcycle racing and enthusiasts of classic bikes, but this does extend to four-wheel motorsport, where motorcycle engines are used, giving us a large share of the markets for hill climbs, sprints, and the Radical and Legends race series. For the latter, Martin Ford-Dunn developed a specific reverse gearbox that could be used with motorcycle engines employed in cars. For general enthusiasts who want to upgrade their modern bikes we provide anything from replacement gears to full transmissions, for the classic riders our brief is to make them more user friendly and reliable through use of modern manufacturing and materials,” says Mick Dearlove, Manager, Nova Racing Transmissions”

The company supplies virtually every team in the British Superbike championship, where it has re-engineered the gearbox internals, replacing the OEM parts to ensure that the transmission can withstand the rigours of high performance racing. Having supplied equipment for the works BMW team in World Superbikes, Nova is also working alongside countless other teams developing new and improved transmissions.

To manufacture to the highest standards, Nova Racing has invested in a range of machine tool technologies, including hard turning, gear hobbing and splining machines. Central to its production, though, is a group of five machining centres from XYZ Machine Tools, providing three and four axis machining capabilities. All of the steel shafts and gears manufactured at Nova Racing are machined from sawn billets of Motorsport 121 steel, a derivative of EN 36, but with no measurable impurities. Aluminium parts, such as slave cylinders, dry sumps, diff pumps and engine scavenge pumps are machined from solid. Most of these are machined in total, or in part, on the four XYZ Mini Mill 560’s or, the most recent addition, an XYZ 710 VMC.

“Almost every part we make goes through the XYZ VMCs including gears, where we reduce weight by milling pockets, and gear shafts where we drill cross-holes. However, the bulk of the work they are used for is billet machined items such as dry sumps, clutch baskets and slave cylinders. All of which tend to be in batch sizes of 10 -15 off, so the versatility and ease of set up of the XYZ machines plays a major role in our productivity,” says Mick Dearlove. Part of the advantage of the XYZ machines is the 3D probing on the XYZ 710 VMC, which Nova Racing uses for speeding up the datuming processes and also, when required for in-situ measurement of components to eliminate the need to transfer them to a co-ordinate measuring machine when setting up. Another feature of the Siemens 828D Shopmill control used by XYZ is the tool database system that also helps to significantly reduce setting times.

The addition of the 4th axis to two of the four XYZ Mini Mill 560 machines is also proving invaluable. This allows work such as drilling cross holes in the gear shafts to be undertaken under CNC control, rather than on manual drills, also complex, repeating, forms can also be machined on clutch baskets, again under full control of the machine, reducing cycle times considerably. This 4th axis capability is relieving pressure on other machines at Nova Racing and helping to create a much smoother flow of work through the factory. For larger programs on more complex components, Nova Racing makes use of the ability to draw down the program from its server ‘line by line’, which has solved issues of transferring files that it had encountered on other machines.

“We bought our first XYZ Mini Mill 560 more than 10 years ago and it is still working hard to this day which is a testament to the build quality and support that we get from XYZ. I can’t recall any serious downtime on any of the machines in the time that I have been at Nova Racing and, if any issue does arise it is more often than not solved by a simple telephone call to XYZ service team,” says Mick Dearlove. The XYZ 710 VMC is the mainstay of the XYZ vertical machining portfolio and is a machine that gives a significant boost to capacity and performance in any machine shop at a very competitive price. The machine features a 20 hp, BT40, 8000 revs/min spindle, with axis travels of 710 x 450 x 500 mm (X, Y, Z), this versatility is enhanced by the 24 position toolchange system. All of this is supported by a solid cast base and column weighing 4000 kg, creating a stable machining platform. The XYZ Mini Mill 560 optimises the available space in the machine shop, with a footprint of just 2000 x 2060 x 2530 mm. In spite of its small size the XYZ Mini Mill 560 is a serious production machine which is at the top of the small VMC section terms of power and performance. The basic specification includes a 15 hp, BT40, 8000 revs/min spindle and axis travels of 560 x 400 x 500 mm (X, Y, Z), and as with the XYZ 710 VMC it is constructed around substantial base and column castings weighing 3100 kg. 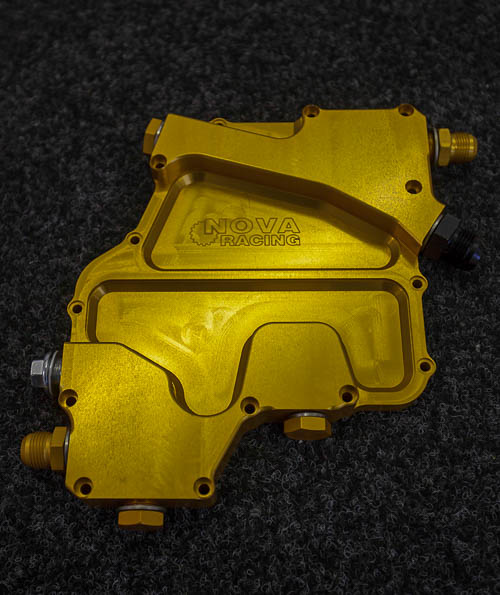 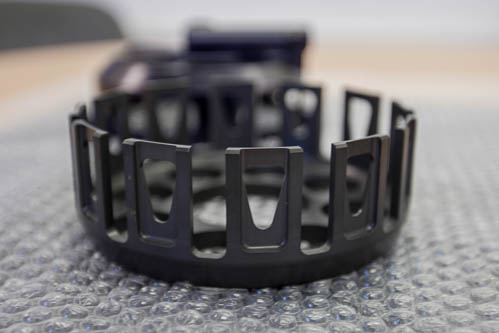 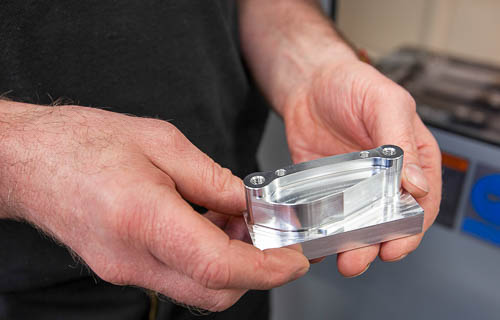 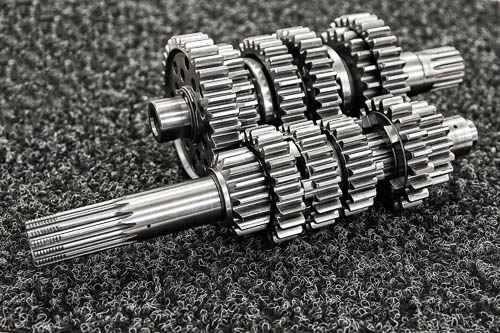 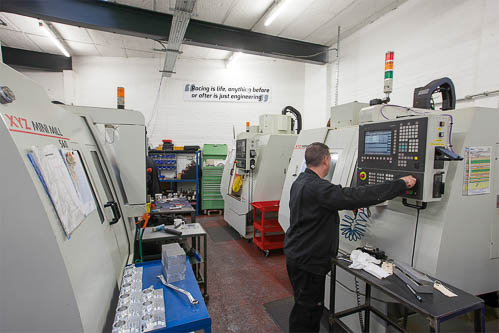