No delivery is too challenging for XYZ Machine Tools 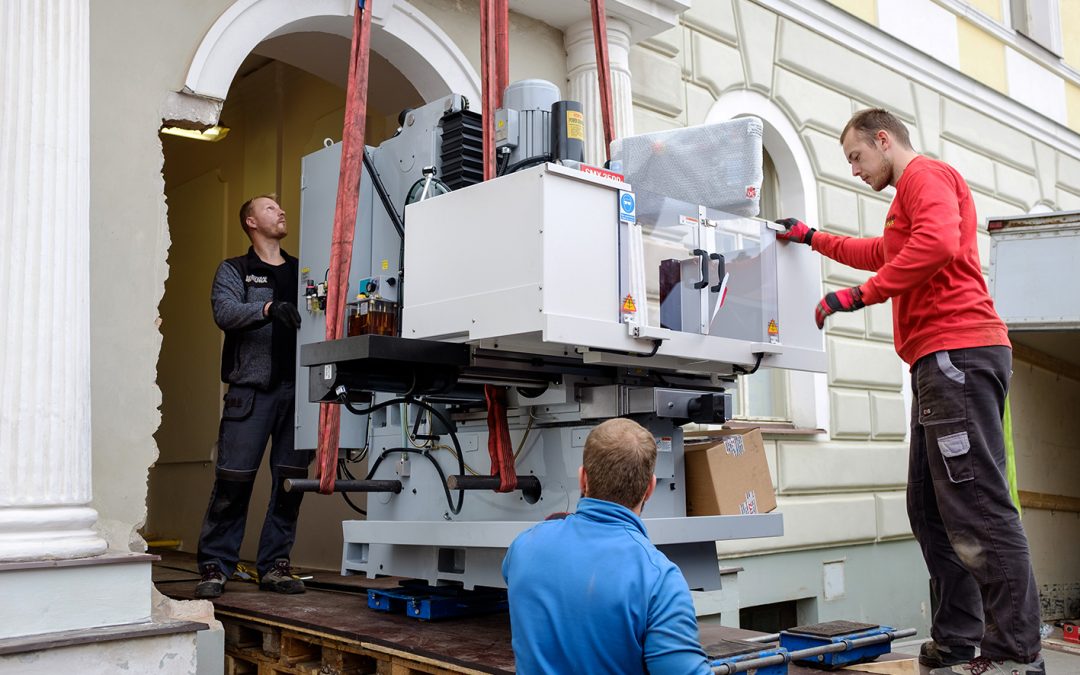 Having won a substantial order for six machine tools for the Přibram Technical College in the Czech Republic, XYZ’s distributor, Rexim, had to overcome significant challenges to deliver the machines. Located in a building that dates to when the country was part of the Austro/Hungarian Empire, any structural changes that needed to be made to gained access were, as Rexim’s Milan Svarc states “Made me rather worried, as touching such an old building is bordering on tinkering with a National Heritage item, which can become quite an issue with the authorities.”

With careful negotiation, permission was granted to open up the inner and outer doorways, removing the door frames and cutting away brick and plasterwork to make the openings just large enough for the machines to pass through and remove. Adding to the challenge was the need to get the machines up a large flight of stairs between the outer and inner door as well as negotiating a 90 degree corner. These steps required a stage to be created onto which the machines were positioned before being slid through the door. 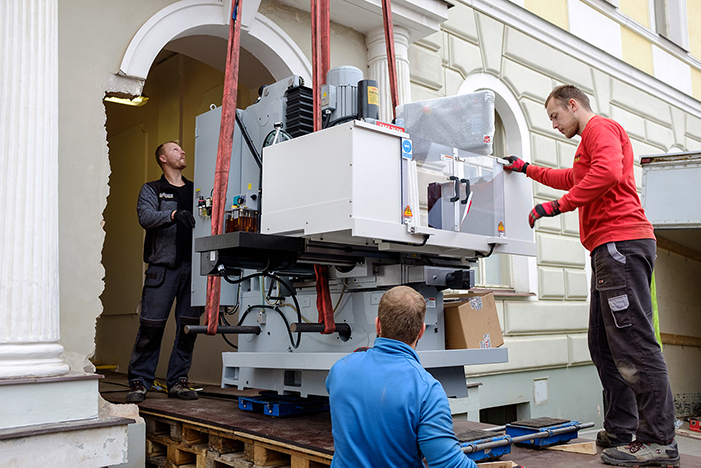 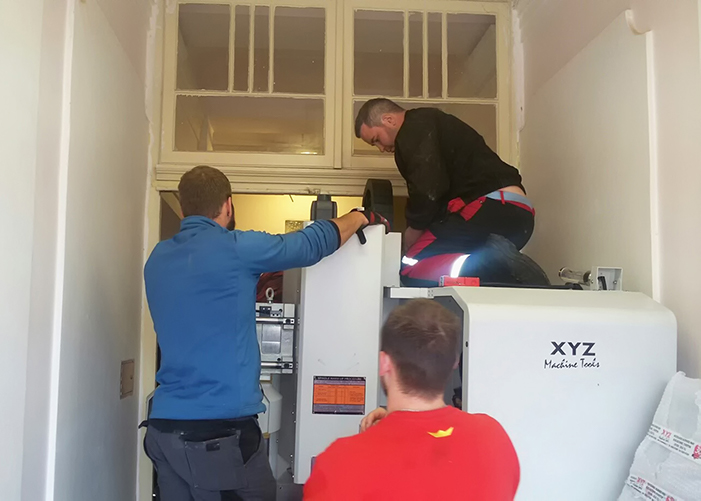 The preparation for the move took a total of 50 hours prior to the machines’ arrival, just eight hours to offload an locate the six machines which were an XYZ 660 HD vertical machining centre, A CT 65 LTY turning centre, an SMX 3500 ProtoTRAK mill, an SLX 355 ProTURN lathe and two manual training lathes. Once installed a further 16 hours after delivery to reinstate the doorways, work that involved 60 x 25 kg bags of cement/plaster and two pallets of bricks. “This is another example of our commitment to the customer from our people, whether here in the UK or through our distribution partners across mainland Europe. Our installation teams are among the best and most ingenious in the industry and, it is fair to say that no delivery is too difficult for them. Their dedication to ensuring a safe and efficient process is second to none and further enhances the overall service provided by XYZ Machine Tools,” says Nigel Atherton, Managing Director, XYZ Machine Tools.