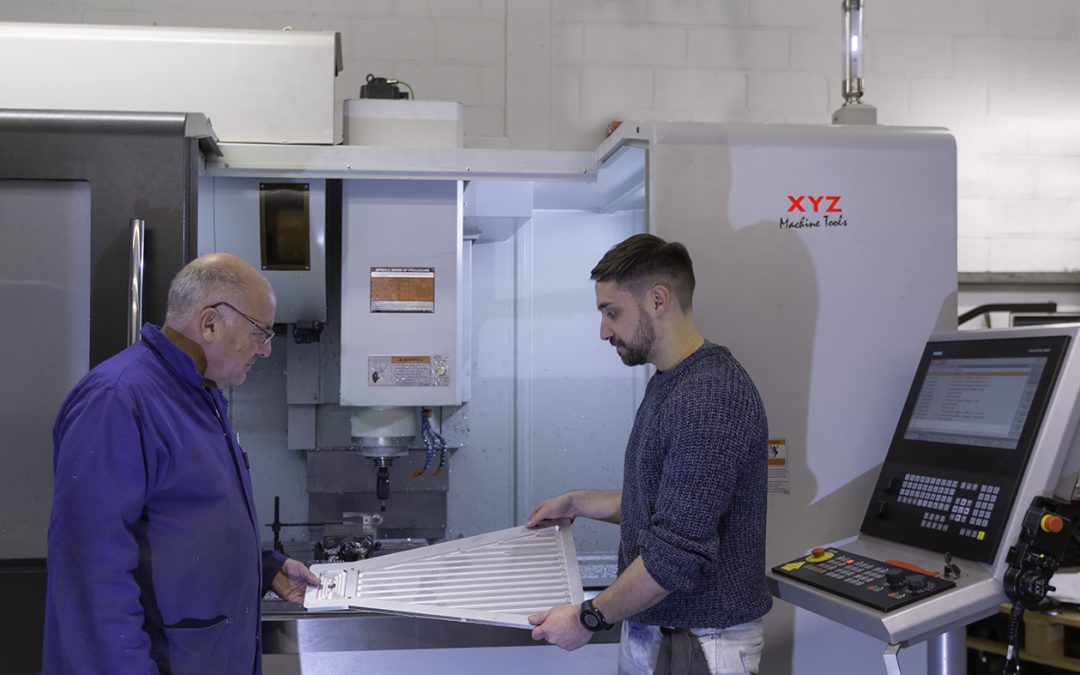 Essex-based MKB Precision Engineering is the archetypal father and son business formed in 2012, which has developed a reputation for delivering machined parts for bespoke lighting systems within theatres, factories, offices and high-end domestic customers. As its reputation grew, so did its customer-base, adding power transmission and machine building companies to its expanding portfolio. These new customers brought with them a demand for larger components paving the way for investment in larger vertical machining capacity in the form of an XYZ 1100 HD machining centre. 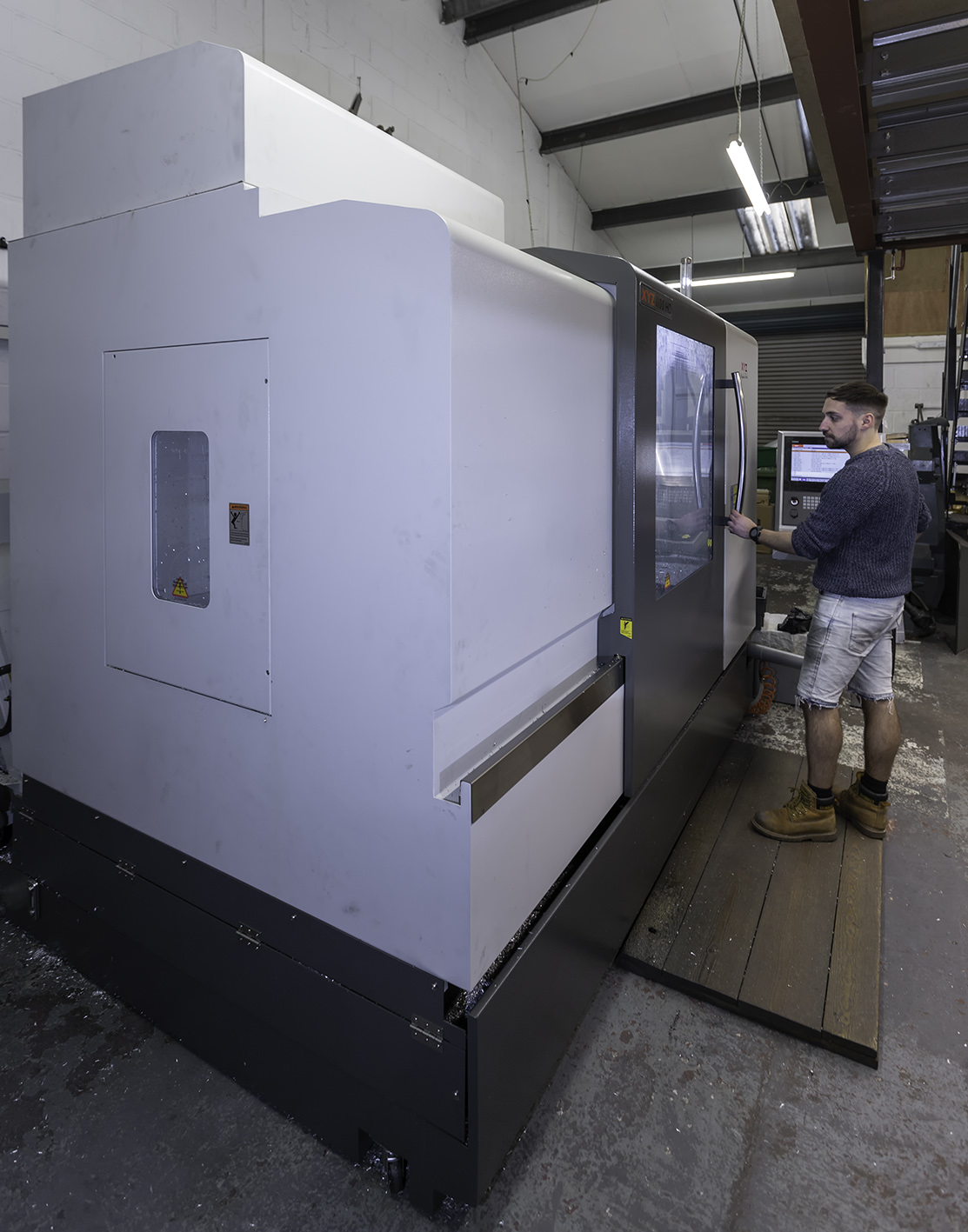 The new XYZ 1100 HD VMC at MKB Precision Engineering is adding productivity and versatility to its machining operations.

When creating their business Ken Barnard and his son Matt had just a second-hand manual lathe, a grinding machine, and an XYZ ProtoTRAK mill to work on. Within a couple of years business had developed and their first XYZ 710 vertical machining centre arrived, quickly followed by a second. These two machines with their Siemens Shopmill controls enabled them to fulfil orders that would have not been viable previously and led to good business growth. As demand for larger components grew they recognised that they needed a machine with greater capacity and the larger XYZ 1100 HD was the obvious machine of choice. “While we had our XYZ SMX 5000 ProtoTRAK bed mill, part exchanging that for the XYZ 1100 HD was a natural progression for us and the addition of toolchanging capacity and fully-enclosed guarding allowed us to maximise productivity,” says Ken Barnard.

The choice of the XYZ 1100 HD was based on the positive experience that MKB Precision Engineering had with its smaller XYZ 710 VMCs. These have run without fault from the day they were installed, with the box slideway design allowing maximum metal removal rates. “When we saw the carcass of the XYZ 1100 HD at the MACH exhibition it gave us the confidence that this larger machine would perform in much the same way. And, with the XYZ 1100 HD having the same Siemens 828 D control with the Shopmill conversational software it makes it straightforward to transfer work from one machine to another.” While MKB Precision Engineering bought the XYZ 1100 HD specifically for its machining envelope, particularly the large Z-axis, which allows them to easily machine workpieces over 620 mm tall, the large table at 1100 mm by 600 mm can also be utilised to machine smaller parts or, indeed, multiple set-ups. 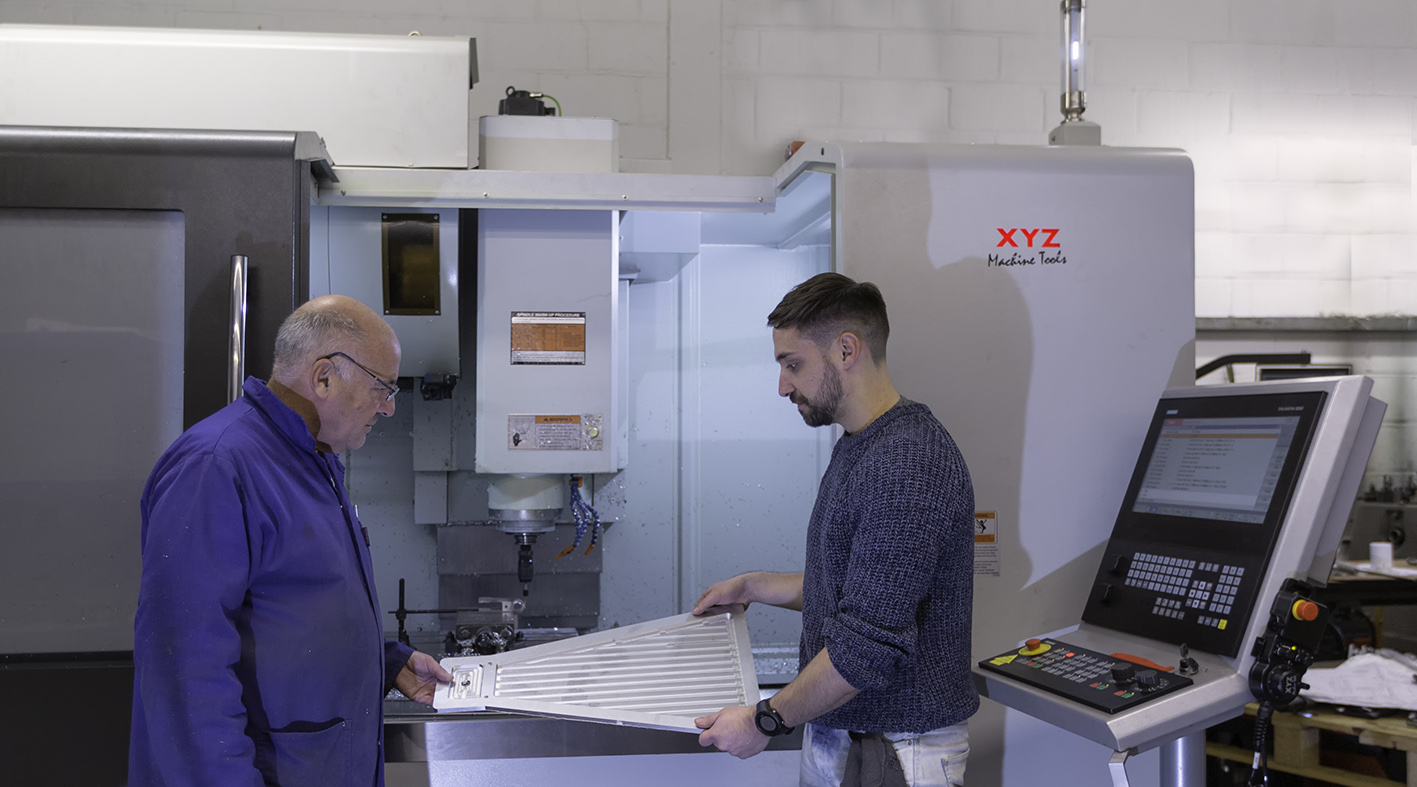 Ken (left) and Matt Barnard are winning new business following the arrival of the XYZ 1100 HD VMC, which is used to machine large and small components.

For a large, heavy-duty machining centre with a maximum table load of 1500 kg the XYZ 1100 HD remains agile, with its box slideway construction enabling feedrates up to 24 m/min, backed by a 10,000 revs/min, 33 hp (25 kW) spindle. With this metal removal capability the twin swarf augers and swarf conveyor are also included as part of the standard machine package. “With the change in work that we are seeing the improved productivity that we can achieve with the XYZ 1100 HD is a major benefit in terms of speed of turnaround of work and the quality of the parts we produce. The box-slideway construction allows us to push the machine hard in the knowledge that we will achieve the surface quality that we need. After all, productivity and quality are what it is all about and as a result we are seeing more work come in from existing customers and new business developing as well.”