DJM Engineering – different from the norm 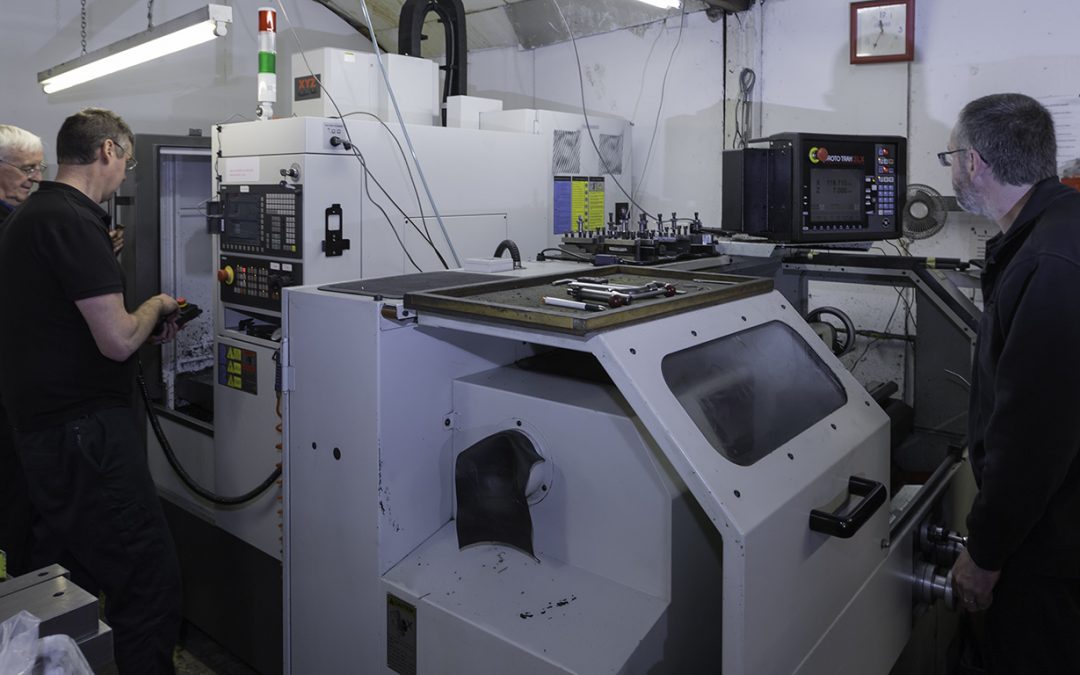 Based in the village of Warkworth, near Banbury, Colin Merry of DJM Engineering describes the family-business as being ‘a bit different’. Founded by his father Dave as an injection mould manufacturer some 25 years ago, the business now sees itself as a problem-solver working on projects for customers from start to finish, undertaking mechanical and electrical design, machining and assembly to deliver an engineered solution from concept to production. Its activities involve everything from creating specialist machinery and test rigs, through providing a breakdown/repair service to sub-contract machining, across a broad spectrum of industry sectors.

“With just myself, Dad and my brother Ian working in the business we have the advantage of being able to respond quickly to a customer’s requirements, whether that’s piecing together a broken piece of machinery to create a new part to keep production running, or designing a machine from scratch. Part of our success is that we have no dreams of being millionaires, we’re in the wrong business for that, but we enjoy making things and seeing things through from start to finish,” says Colin Merry. “The design and machine build element is central to what we do and is supplemented by other work such as sub-contract machining, which is something we are happy to take on but not something we chase.” 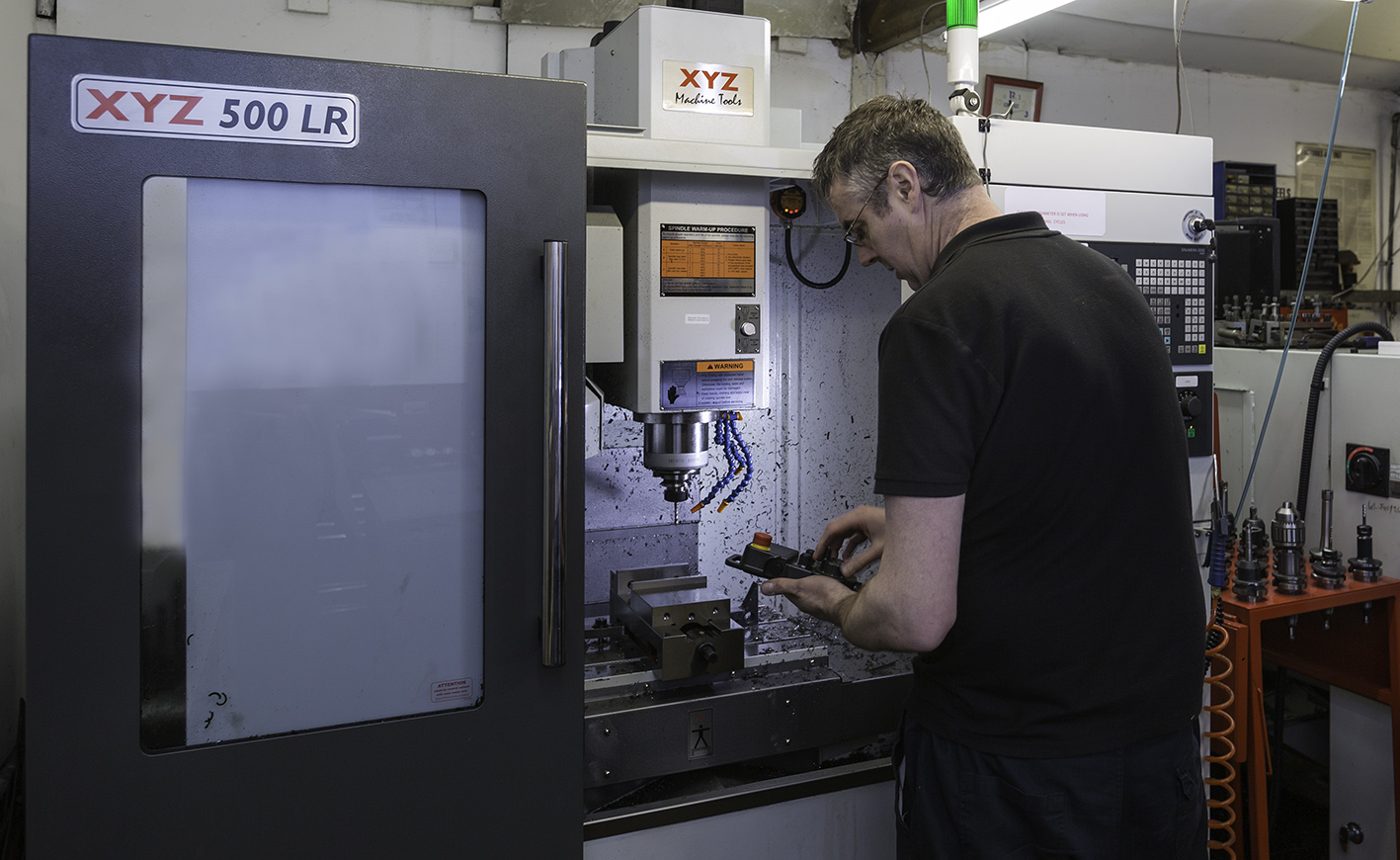 DJM Engineering’s capacity list covers everything from welding, grinding, through EDM to CNC turning and machining centres. The latest arrival being an XYZ 500LR vertical machining centre, the first of its type installed in the UK, shortly after the machine was launched back in 2017. The machine was purchased to meet growing demand for not only its own work on special machines, but also an increase in sub-contract work. “We were already familiar with XYZ as we had purchased an SLX 1630 ProTURN lathe from them seven years ago, which we still have. That machine was bought on the strength of a simple demonstration at a MACH exhibition where I sketched out a component that was taking us 35 minutes to turn, XYZ’s Applications Manager, Mike Corbett, programmed the part in three minutes and produced a finished machined part in another three minutes. Seeing that ability to turn work around so quickly convinced us of the power of the ProtoTRAK control and when we were looking for a machining centre similar levels of ease-of-use were just as important.”

After talking with XYZ and explaining their production requirements of one-off and small batch work, the decision was that the XYZ 500LR would meet DJM’s requirements, with its Siemens control with the upgrade to the Shopmill software along with Renishaw Primo tool and work probing as part of the overall package. “From the word go discussing our requirements with XYZ’s Lloyd Pennington we were confident that we were being pointed in the direction of a machine that would meet our needs, not just a machine that XYZ wanted to sell. As a small, family, business it is a refreshing change to get such service from a supplier, as it is how we like to think we treat our customers, the result being ongoing business,” says Colin Merry. 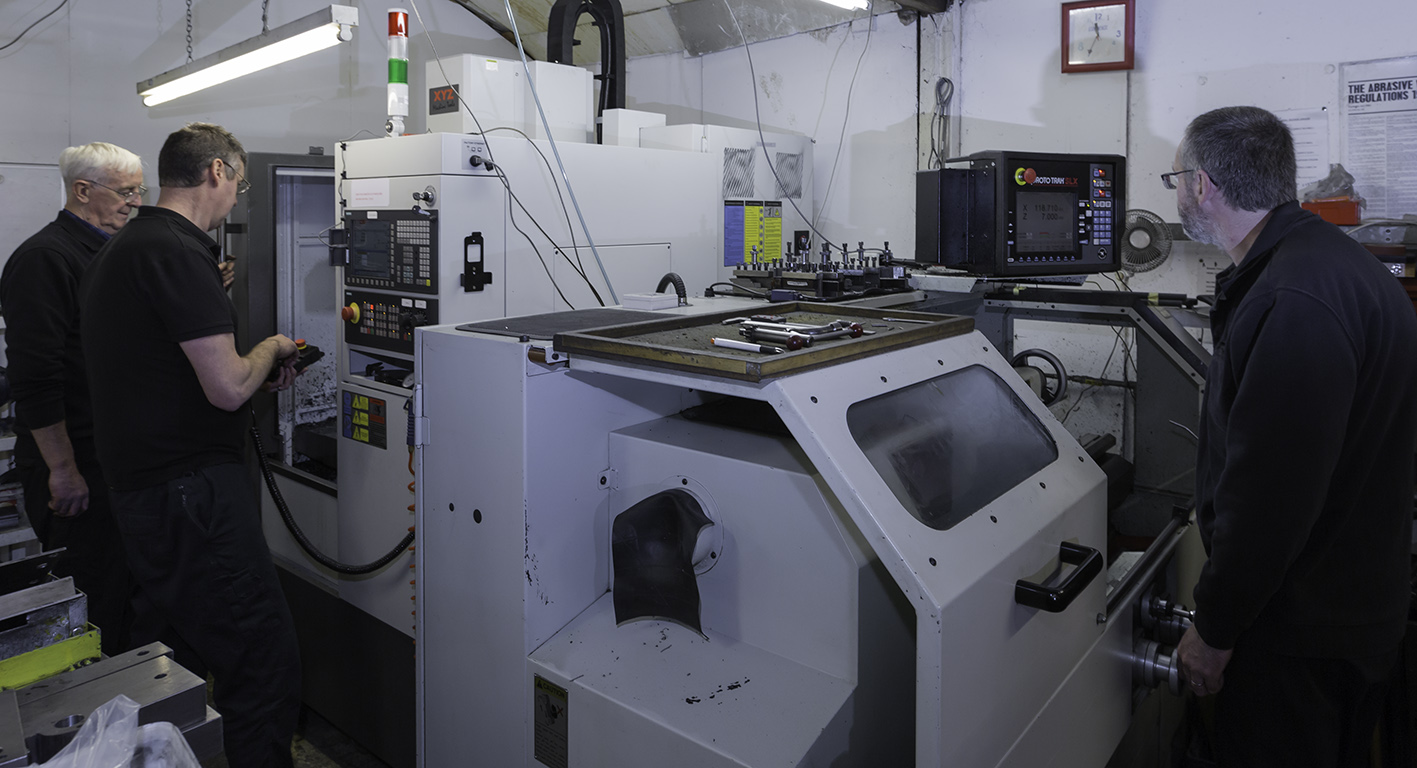 The XYZ 500LR was launched in 2017 as the first XYZ machining centre to feature linear rail guide technology, a decision taken as XYZ now feels that this technology meets its stringent quality/performance criteria. The three-machine LR series (500, 750, and 1000) also features the standard Siemens 828D, which allows customers to tailor the options to their requirements, such as the Shopmill feature used by DJM. What this has created is an entry-level machining centre that retains the high-performance values expected of an XYZ machine. “We are impressed by the capabilities of the XYZ 500LR machine, we are using the latest WNT cutting tools and we are not holding back on speeds and feeds across a range of materials,” says Colin Merry. “The machine is more than capable of maximising modern cutting tool technology, and it also provides us with a working envelope that is ample for our needs in a compact footprint.”

The arrival of the XYZ 500LR created additional capacity for DJM Engineering and XYZ helped to fill it. Another customer was looking to place an order for a similar machine, but was delayed in doing so, but still had a requirement for machined parts, so XYZ put the two companies in touch and what was initially an urgent order turned into a longer-term production situation for DJM. “This was just another example of XYZ providing excellent customer support to add to the other aspects of their support services, such as the free programming support helpline, which we have used several times and every time they have never failed to answer our questions, quickly and efficiently.”