Battle Bots get an XYZ boost 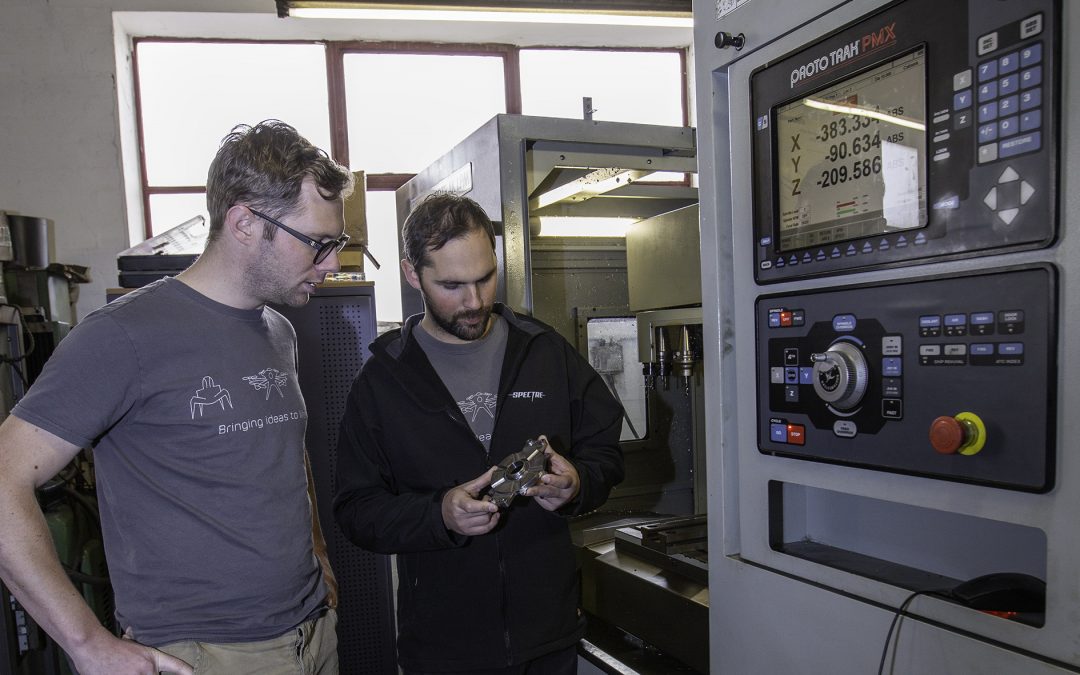 For followers of the BBC’s Robot Wars programme, the names Sir Killalot, Shunt, Matilda and Dead Metal will be familiar as the House Robots, whose sole purpose is to lie in wait for the competing bots and take their opportunity to destroy them. These mean weapons are designed and built by two brothers in a small corner of their family business that is more used to manufacturing furniture castors. 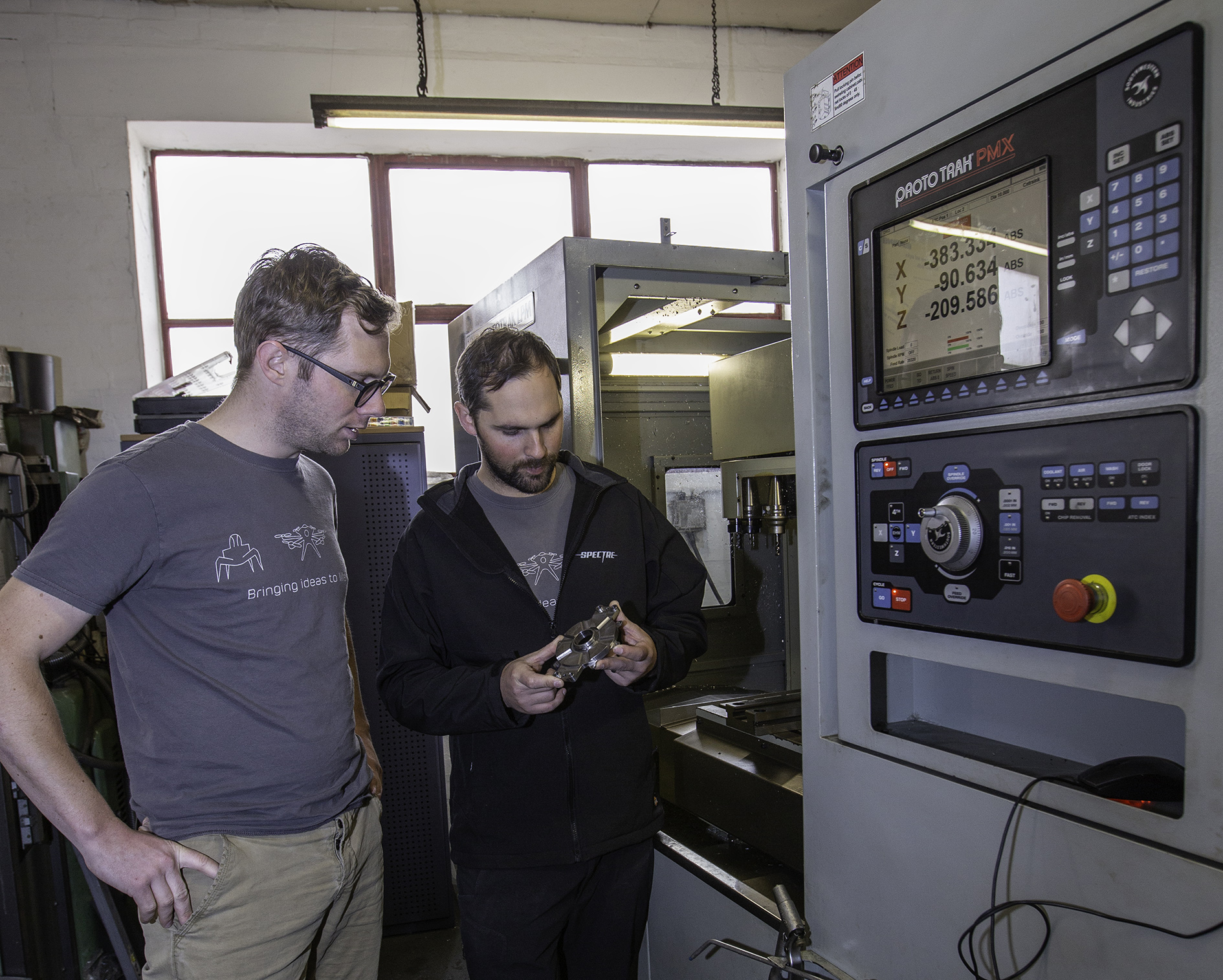 Grant and James Cooper both worked for the family company of Priory Castor and Engineering in Birmingham, but as that business changed they saw a need to diversify and put their knowledge of engineering design to good use. The result was Robo Challenge, a design and creative engineering company that now works alongside TV production companies to create one-off robots and engineering concepts. “Our role is to deliver on other people’s ideas, usually in a very short timeframe,” says Grant Cooper. “The production company will approach us with an idea, say for the world’s fastest power tool, then we get creative and bring these ideas to life.” One example of this was the Robot Wars series, where the two brothers were asked to create the ‘House Robots, that had to be more powerful and destructive than anything the other competitors could dream up. 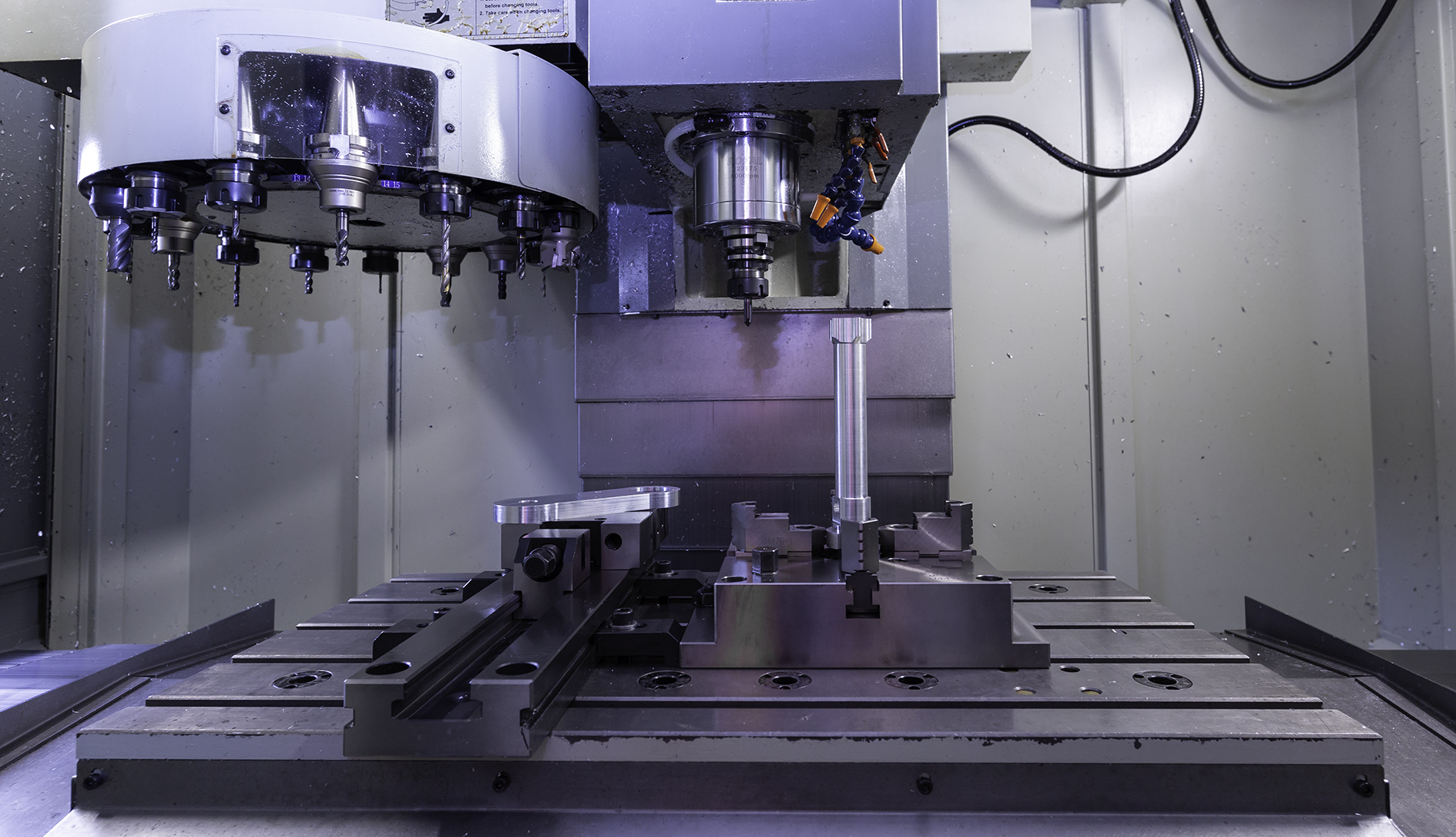 The versatility of the XYZ LPM’s 900 x 500 mm table was a key factor in its selection.

Having created these beasts, the brothers thought it would be good to compete themselves but having created the house robots for the BBC they were barred from entering. However, determined to ‘have a go’ they designed and built another robot ‘Spectre’ and took it around the world competing in TV series in America and China, among others. Success came when they were declared ‘World Champions’ after competing in China’s King of Bots series. For this level of success the bots have to be engineered to the highest standard and here Robo Challenge employs an XYZ LPM vertical machining centre to create a wide range of parts from aluminium, titanium and stainless steel; working the machine hard, as not only are parts made from some difficult materials, they are often wanted very quickly. “We tend to be at the end of the process after weeks, if not months, of discussion have taken place, then we are asked to produce complex machines in a short space of time. For example, the four house robots for Robot Wars were designed and built in less than eight weeks, but typically we get one to three weeks to complete a project, so an efficient machine that can be used by anyone here was essential for us. The LPM with its ProtoTRAK control, toolchanger and large table, works perfectly for us, especially as just about everything we produce is a one-off.” 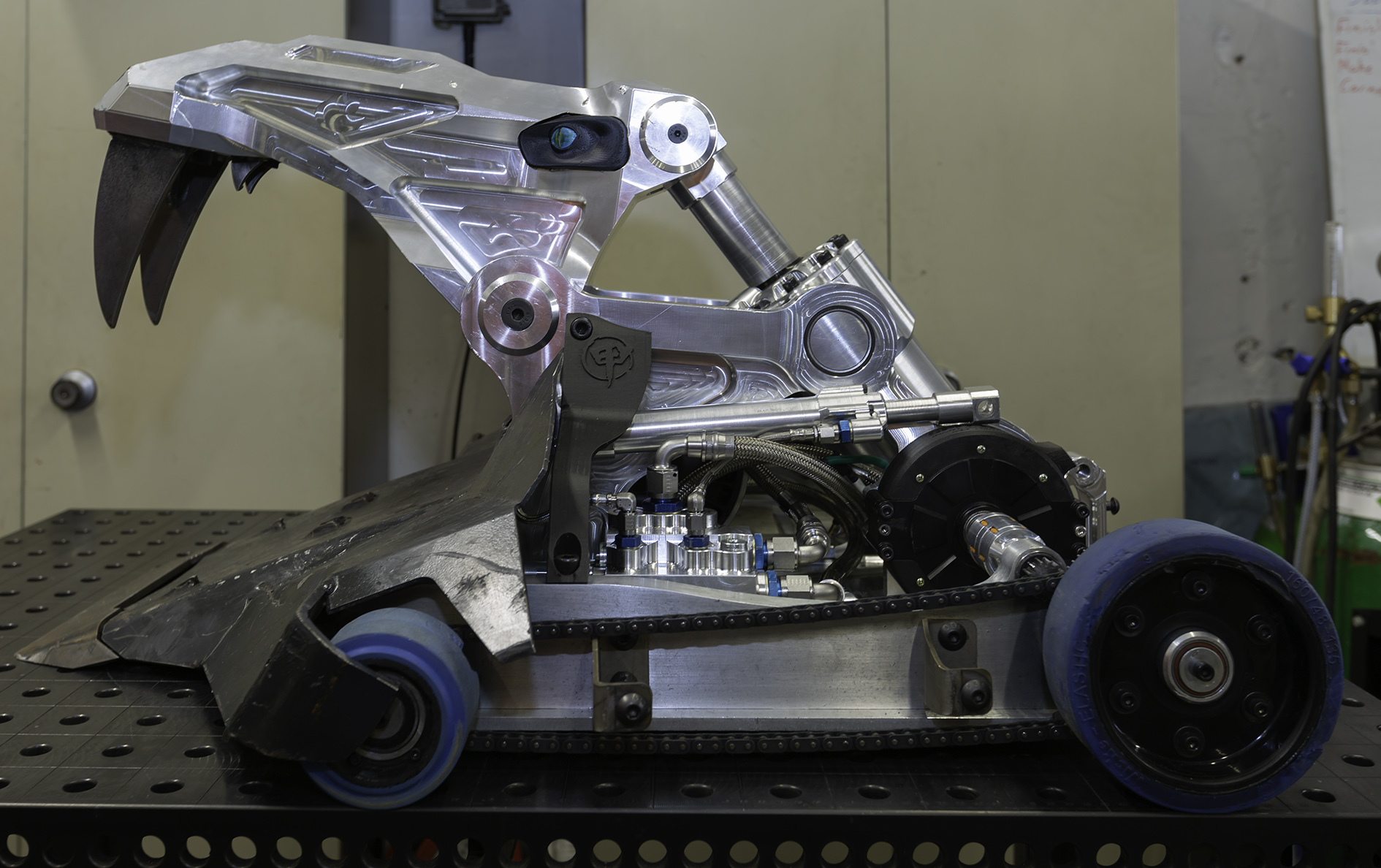 The world champion Spectre robot stripped of its armour.

The table capacity of the XYZ LPM was a key factor in its purchase, as sharing space with the family business meant that floorspace was at a premium. The size of the LPM at 3080 x 2280 x 2520 mm (WxDxH) belies the fact that it contains a 15 hp/8000 revs/min spindle, a 16 position toolchanger, axis travels of 785 x 470 x 530 mm (xyz) and a table size of 900 by 500 mm. All of which gives Robo Challenge a great deal of flexibility. “Because of the space issues we did originally look at the MiniMill type of machine, but the package provided by the XYZ LPM was both affordable and preferable.” 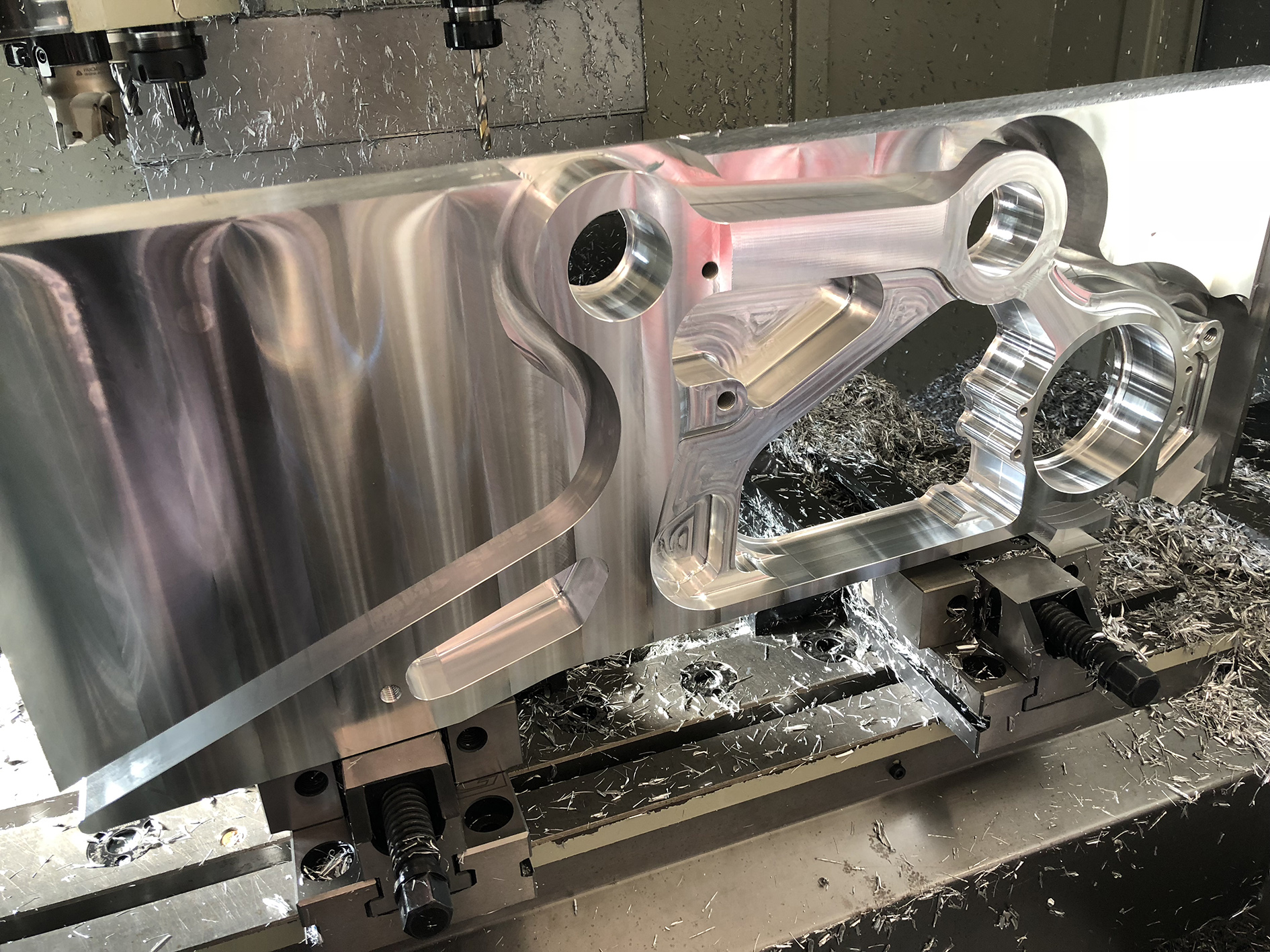 The versatility of the ProtoTRAK PMX control provides Robo Challenge with options, to either program at the machine using the straightforward conversational programming system or, download post-processed files straight from its Autodesk Fusion 360 CAD/CAM software. They then work with their tooling partner Guhring, who also sponsor some of their robot war activities, to push tooling has hard as possible, maximising the capability of the machine tool. “We are not CNC machinists, our background with the family business is pressing and assembly, so to have such an easy machine and control system to work with is a major advantage, especially given the timeframes that we have to work to,” says Grant Cooper.